These animals look like snout-y mice but are more closely related to elephants. 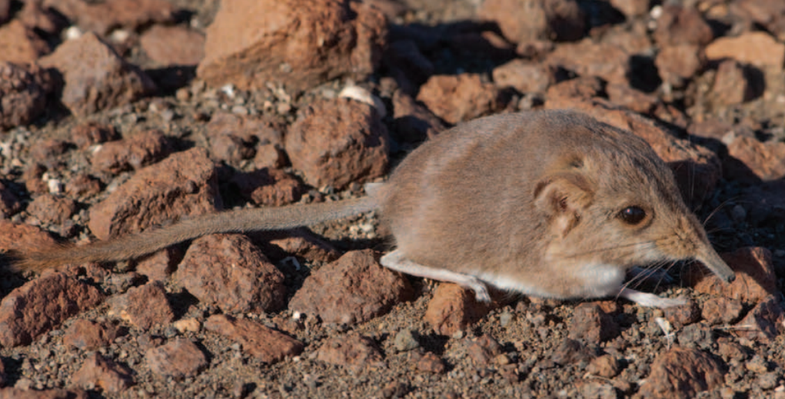 In a remote area of northwest Namibia, scientists found a rust-colored shrew, which hides amongst the area’s reddish volcanic rocks. Further analysis found that it was a new species, and the smallest of a group of animals called elephant shrews. These (adorable) creatures look mouse-like but are in fact more closely related genetically to elephants, sea cows, hyraxes and aardvarks.

They also have some other bizarre features–they typically give birth to twins “which hit the ground running like the calves of some types of African antelope,” Reuters reported:

The scientists have named the animal Macroscelides micus. Adults measure seven inches long, including the tail, and weigh only 27 grams, about the weight of two tablespoons of sugar. And what sweet shrews they are.

A study describing the creatures was published in the Journal of Mammalogy.