The Woman Who Can Will Herself Out Of Her Body

The case of the voluntary out-of-body experience. 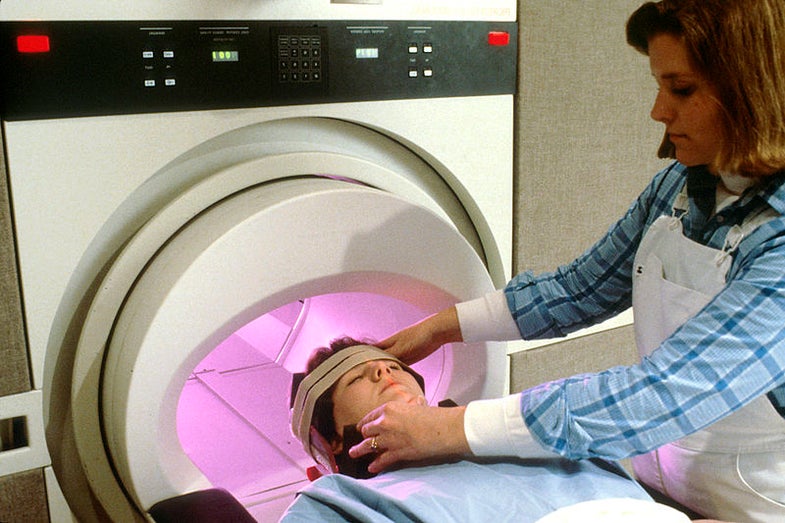 A woman (not the study participant) getting prepared for an MRI. National Cancer Institute via Wikimedia Commons
SHARE

After a class on out-of-body experiences, a psychology graduate student at the University of Ottawa came forward to researchers to say that she could have these voluntarily, usually before sleep. “She appeared surprised that not everyone could experience this,” wrote the scientists in a study describing the case, published in February in Frontiers in Human Neuroscience.

Pretty crazy, right? One would think that if you could leave your own body and float above it, you’d be a little more… vocal about it. But since it was a common experience for her–one she “began performing as a child when bored with ‘sleep time’ at preschool… moving above her body” instead of napping–it may have appeared unremarkable. This is way more interesting than what I did, which was indeed napping.

The most exciting thing about this case, to me, is “the possibility that this phenomenon may have a significant incidence but [is] unreported because people do not think this is exceptional,” as the authors wrote. “Alternatively,” they continued, “the ability might be present in infancy but is lost without regular practice. This would be reminiscent of the discovery and eventual study of synesthesia that some researchers now hypothesized is more prevalent in young people or can be developed.”

Those are fascinating suggestions–both that these out-of-body experiences may be more common than previously thought, or could be learned during a critical window early in life.

But back to the case study. The 24-year-old “continued to perform this experience as she grew up assuming, as mentioned, that ‘everyone could do it.'” This is how she described her out-of-body experiences: “She was able to see herself rotating in the air above her body, lying flat, and rolling along with the horizontal plane. She reported sometimes watching herself move from above but remained aware of her unmoving “real” body. The participant reported no particular emotions linked to the experience.”

An unusual find, wrote the scientists, University of Ottawa researchers Andra M. Smith and Claude Messier–this is the first person to be studied able to have this type of experience on demand, and without any brain abnormalities. Instead of an “out-of-body” experience, however, the researchers termed it a “extra-corporeal experience” (ECE), in part because it lacks the strong emotions that often go hand-in-hand (such as shock & awe, for example).

To better understand what was going on, the researchers conducted a functional magnetic resonance imaging (fMRI) study of her brain. They found that it surprisingly involved a “strong deactivation of the visual cortex.” Instead, the experience “activated the left side of several areas associated with kinesthetic imagery,” such as mental representations of bodily movement.

Her experience, the scientists wrote, “really was a novel one.” But just maybe, not as novel as previously thought. If you are capable of floating out of your body, don’t keep it to yourself!

Update: Unpopular Science blogger Rebecca Watson wrote a critical response to this article. You can read it here.