Woman Grows A Nose On Her Spine After Stem Cell Experiment

And other reasons not to mess around with unproven therapies 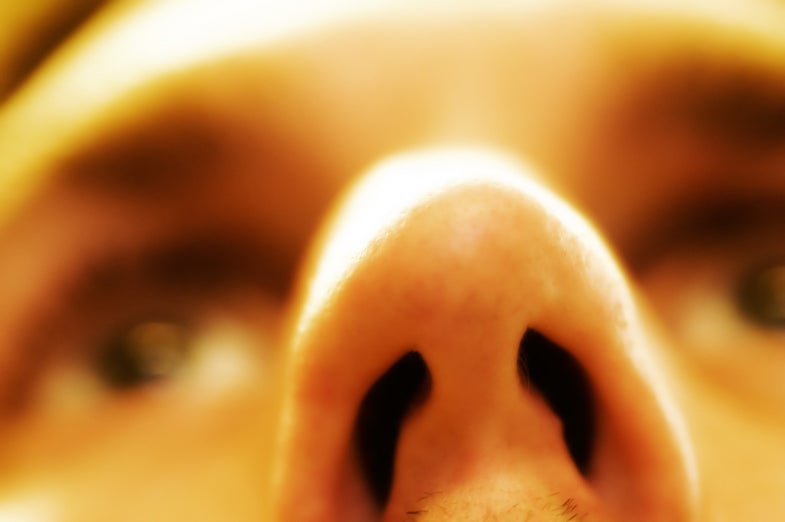 Eight years ago, doctors took nasal tissue samples and grafted them onto the spines of 20 quadriplegics. The idea was that stem cells within the nasal tissue might turn into neurons that could help repair the damaged spinal cord, and the experiment actually worked a few of the patients, who regained a little bit of sensation. But it didn’t go well for one woman in particular, who not only didn’t experience any abatement in her paralysis, but recently started feeling pain at the site of the implant. When doctors took a closer look, they realized she was growing the beginnings of a nose on her spine, New Scientist reports.

This is hardly the first case of adverse side effects from a stem cell transplant. The New Scientist article points to several cases where people developed tumors after participating in clinical trials—including one 50-year-old man who, after receiving an experimental treatment for Parkinson’s disease, developed a brain tumor with hairs and cartilage embedded within it.

The nasal tissue experiment took place at a mainstream hospital in Portugal, and there are thousands of legitimate stem cell trials taking place all over the world, but so far only a few stem cell therapies have been approved by the FDA. Stem cells have the potential to treat everything from baldness and diabetes to cardiovascular disease and Parkinson’s. But stem cells, some of which can differentiate into almost any cell in the body, also have the potential to cause harm.

That hasn’t stopped private companies from peddling unproven stem cell therapies that haven’t been properly tested for safety, may not be effective, and can have dangerous consequences. One woman in Los Angeles, for example, spent $20,000 on a wacky cosmetic procedure that took stem cells from her belly and injected them into her face. She later grew an extra bone that prevented her from opening her eye and scratched up her eyeball. Scientists surgically removed the extra bone in 2012.

Attempts to shut down the scientifically invalid (and possibly fraudulent) companies have met with resistance from patients.