Will Our First Alien Visitors Come in Peace?

In Earth to Echo, an alien crash-lands in a small town and enlists the help of three kids to get home. 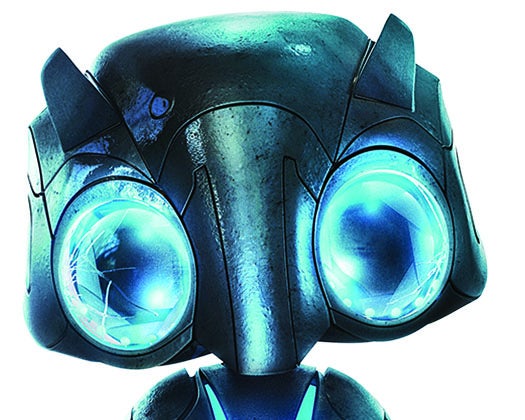 Will the aliens be robots?

The star, Echo, has the metallic skin and glowing-bulb eyes of a mechanical being—something like the machines SETI Institute senior astronomer Seth Shostak believes we’ll initially encounter (as opposed to fleshier visitors like E.T.). “I think it’s likely to be some sort of artificial intelligence,” he says. With humanity closing in on AI capabilities, he expects such systems will be common among advanced creatures.

Why assume E.T. is hostile?

This movie joins a tiny subgenre of films about peaceful aliens—a concept that might not be as naïve as it sounds. Carl Sagan argued that any species that makes radio contact is likely to have outgrown its warlike tendencies. “In the long run, the aggressive civilizations destroy themselves, almost always,” the alien in Sagan’s 1985 novel, Contact, tells the human protagonist. “It’s their nature. They can’t help it.”

Could a spacecraft crash undetected?

A Starship Enterprise–size ship would raise alarms, Shostak says, but a smaller craft might not. NASA’s asteroid-detection capabilities bottom out at objects 330 feet across; the meteor that unexpectedly exploded over Russia in 2013 was estimated to be about 65 feet. The landing would also have to be soft; a major crash would cause the kind of seismic waves that lead scientists to meteorite-landing sites.