One scientist explains how using more diverse test subjects could save lives. 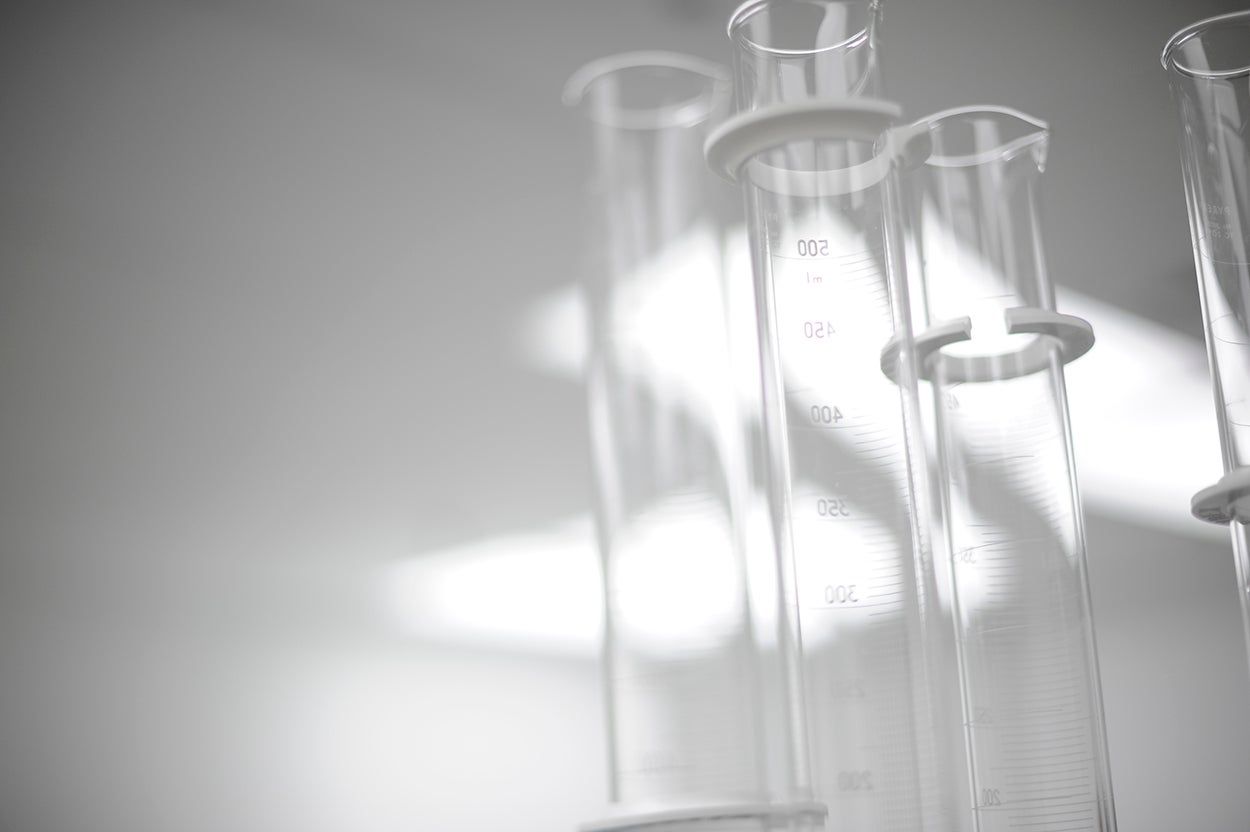 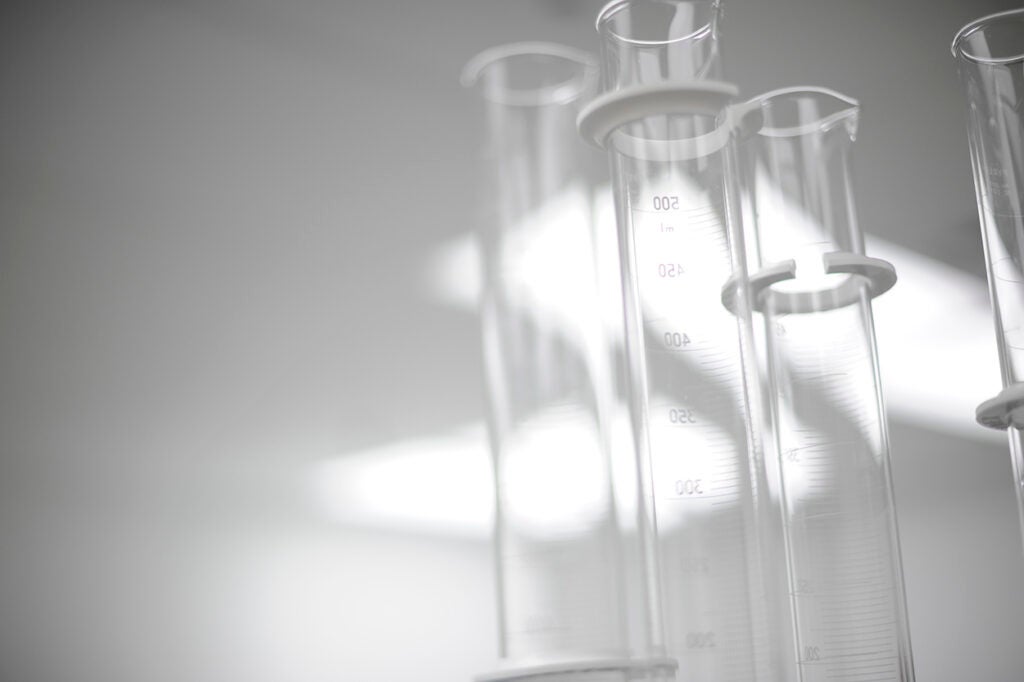 Glassware in a medical laboratory

When medical research focuses on white people, things get missed, and people die.

That’s the essence of a commentary published this week in Nature. Bioengineer Esteban Burchard from the University of California at San Francisco argues that medicine has largely excluded minorities from its studies, with dangerous results.

“Since 1993, the National Institutes of Health has funded 10,000 studies, and of those, 150 dealt with minority populations,” Burchard told Popular Science. “That’s less than two percent.”

According to Burchard, researchers tend to focus on white populations because it’s easier. The reason: Compared to groups like African Americans and Latinos, the genetic makeup of white patients tends to be more uniform. That means their bodies respond similarly to treatments, which cuts out noisy data and makes scientists’ lives easier. And as more white patients are studied, more is known about their drug responses, making it even easier to study white populations in the future. So the vicious cycle of exclusion keeps on turning.

The Dangers Of White-Dominated Studies

In 1997, while Burchard was a resident at Harvard Medical School, a black teenager died of an asthma attack — with an inhaler in hand — just a few blocks from the teaching hospital. Later that year, Burchard’s team discovered a gene that caused more severe asthma in white people. Then he discovered that it is 40 percent more common in black populations.

A survey of asthma statistics from 2001 to 2010 by the U.S. Department of Health and Human Services found that black people are more likely to contract asthma, and less likely to respond well to treatment. Still, studies focused on asthma treatments in minority populations are rarely proposed and less likely to be funded, Burchard says.

Another case, which Burchard expects will be a victory for medical diversity, is making its way through the courts now. For more than a decade and a half, Bristol-Myers Squibb and Sanofi-Aventis have marketed the blood thinner Plavix as a powerful alternative to aspirin for treating heart disease. The drug costs as much as $175 for a one-month supply, and national sales hit $6.6 billion in 2011 before generics hit the shelves.

David Louie, the state attorney general of Hawaii, filed a lawsuit against Bristol-Myers Squibb and Sanofi-Aventis in March. Louie alleges that the companies withheld data indicating that a significant fraction of patients carry a gene that prevents Plavix from working effectively in their bodies. Research quoted in the complaint suggests 38 to 79 percent of Pacific Islanders and 40 to 50 percent of East Asians get no benefit from Plavix. Since those ethnicities make up nearly half of Hawaii’s popultion, Louie thinks many of his state’s patients may have received Plavix prescriptions instead of treatments that would have actually worked.

“They marketed this stuff, and they marketed it at a huge markup when its essentially a placebo,” Louie says. “We consider this bad conduct.”

Louie says he expects to win the case, and hopes the financial loss will push companies to more responsibly investigate and publish information on how their drugs could harm particular groups.

Bristol-Myers Squibb declined to comment on the ongoing litigation, but noted that Plavix “is one of the most studied medicines.”

While Burchard spoke on the phone for this story, he received a call from the National Institutes of Health, a major funder of medical research. When he got back to Popular Science, Burchard told us that he “just got a call from the the NIH saying ‘Your study of [minority] populations would be a lot better if you studied white people.'”

Burchard singles out the NIH as a source of disparities in research funding. But Richard Nakamura, Director of the NIH Center for Scientific Review, says that including minority populations in research is a priority for the institution. “We look for research that’s going to have the broadest impact,” he says.

The NIH has modified its practices over the years to ensure that minority populations are included in research, according to Nakamura. In addition to reminding grant reviewers of the importance of seeking out research that focuses on minority populations, he says the advent of computerized data has enabled the NIH to make sure studies include diverse populations.

He also says that efforts to bring a range of voices into the review process make a difference, noting that Burchard has served on review panels and “has received a fair amount of NIH funding for exactly the kind of research there should be more of.”

When the Centers for Disease Control found that Hispanics in the American Northeast contracted and died from asthma three times more often than Hispanics on the West Coast, Burchard’s Hispanic background led him to the root of the disparity.

Mexicans and Puerto Ricans are the two largest Hispanic populations in the United States. Mexicans tend to live farther west, while Puerto Ricans tend to live in the Northeast. That knowledge pointed him in the right direction, he writes, and he soon found that the most important factor in asthma drug response is not age, sex, or disease severity, but ethnic background. I.e. The drugs that often worked for Mexicans and African Americans did not work the same for Puerto Ricans.

Burchard argues that if minority researchers had a fair shake at funding, their knowledge and skills could bring about better understandings of medical problems that minority groups face. But a 2011 study in Science found that Asians are four percent less likely and African Americans 13 percent less likely to have their studies funded by the agency.

“In short,” Burchard writes in Nature, “investigators who want to focus on minorities face extra challenges.”

Nakamura says that putting more minority researchers “into the pipeline” is a goal for the NIH. (Nakamura himself has been called a leader on this issue.)

One scientist interviewed for this article expressed concern that Burchard’s views might be interpreted as a call for quotas that could hinder research. But Burchard says he has no interest in any sort of mandate. “I’m not calling for affirmative action,” he says, “No one likes that term.”

Instead he says would like to see the NIH take steps to ensure minority-focused research has access to funding. He suggests weighting the grant review process in a way similar to what is already done for newer applicants. “It’s not a politically correct issue,” he says. “It’s a scientifically correct issue.”