Scientists believe they have found the receptors that allow sperm and egg cells to hook up and create life. 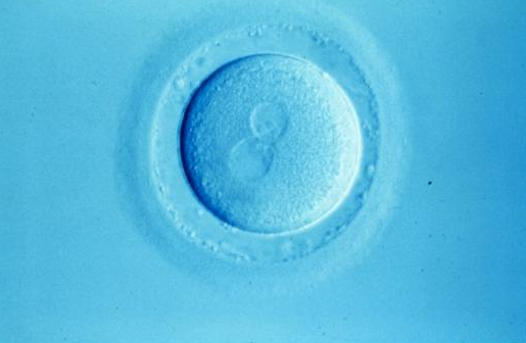 Where do babies come from? If your kids ever ask, just tell them the story of Izumo and Juno, receptors found on the surface of sperm and egg cells, respectively. In a study on mice published today in the journal Nature, researchers found that these two proteins allow the sperm and egg to recognize one another, leading to fertilization–and life as we know it. These receptors are found in many mammals, including humans.

It previously wasn’t known how sperm and egg recognized each other. Researchers have dubbed the egg’s receptor Juno (previously known as folate receptor 4, which definitely doesn’t have the same ring), in honor of the ancient Roman goddess of fertility and marriage, Reuters noted. The term Izumo derives from the word for a Japanese marriage shrine.

The Verge explains the study:

The study results could help infertile (human) couples have kids. The scientists are already screening infertile women to see if they have problems with their Juno receptors. If that is the case, these women may be able to undergo a procedure called intracytoplasmic sperm injection, which involves injecting the sperm into the egg and then re-implanting it. “It is remarkable that about 20 percent of infertility cases have an unexplained cause,” co-author Enrica Bianchi of the Sanger Institute, told Reuters. “We are now asking whether Juno is involved in these cases of unexplained infertility.”