What Drunk Prairie Voles Can Tell Us About Booze And Relationships

How alcohol affects men and women, as told by rodents 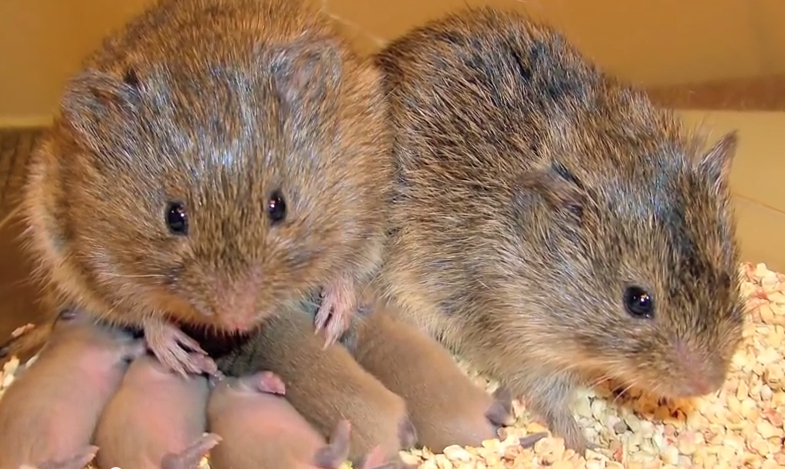 As any student of life can attest, alcohol can bring romantic pairs closer together, but it can also break them apart, by greasing the wheels of extra-partner dalliance. Scientists set out to explore the dual nature of intoxication, and to see if there were differences in how it affected each gender. Naturally, they tested this by getting a bunch of prairie voles drunk.

As Rachel Nuwer explains in a thoroughly entertaining post at Smithsonian, the scientists picked voles because they are quite faithful, as far as mammals are concerned–and they needed to sacrifice a few afterward to look at their brains. In the experiment, the scientists allowed the voles to drink as much alcohol as they wanted over a 24-hour period, during which time they paired male and female voles (who weren’t already in a monogamous relationship) and recorded how much they cuddled and/or mated. Afterward, they introduced the couple to a new vole, either male or female. They also performed a control experiment under the same circumstances, except without alcohol. Here’s what they found, in a study published in Proceedings of the National Academy of Sciences:

Analysis of the voles’ brains suggested that alcohol reduced anxiety in the male voles, perhaps akin to the way it “lowers inhibitions” in humans, making them more likely to seek out a new partner and not commit. But in the females the booze appeared to increase anxiety, and led them to try to establish and keep a bond with a male.

Of course, voles aren’t the same as humans, although there are some limited parallels. For example, the authors write, “the inhibition of bond formation in males is reminiscent of the negative effects of alcohol on long-term attachments and marital happiness, which occur for both men and women.”