Weasel-Like Predators Are Reclaiming Territory In The U.S., And Growing Larger

Fishers eat many animals, including porcupines. 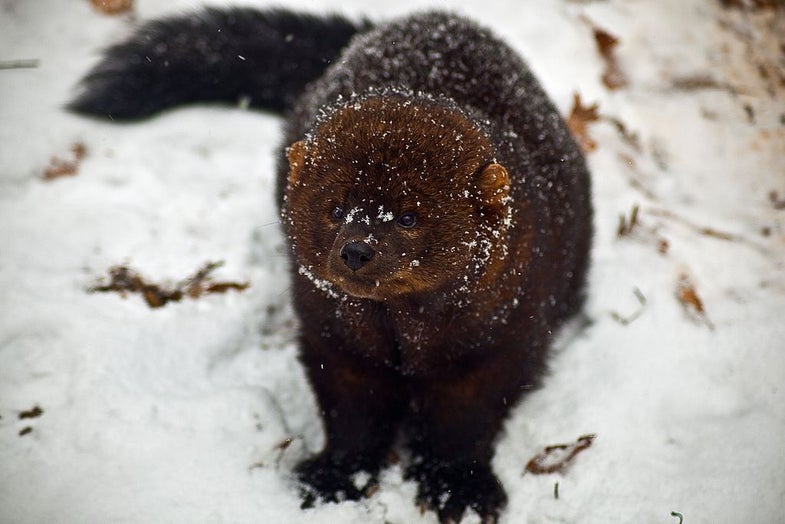 Earlier this month, a fisher was photographed in the Bronx, the first spotting of this weasel-like animal in New York City in modern times. This is in keeping with a general trend: After being exterminated from much of their native habitat throughout the Northeast, they are slowly spreading back into their old stomping grounds and have increased their geographic range more than two-fold in the last century, according to a study in Animal Conservation. The animals, “somewhere between a domesticated ferret and a wolverine” in size and attitude, are also getting bigger, the study noted.

“Finding that fishers are evolving a larger body size and that they’re eating larger prey really shows that they’re starting to move into the larger predator space,” Roland Kays, a researcher at the North Carolina Museum of Natural Sciences and a professor at North Carolina State University, told National Geographic.

As Kays wrote of wrote of the Bronx fisher, in a post at the museum’s blog:

Interesting indeed. The animals are quite good at crawling through small holes, which makes them good ratters. It also helps them to hide in holes and/or sewers at night, and to move about through culverts and avoid “becoming roadkill,” Kays wrote.

These aniamls are a type of mesopredator, or “middle predator,” meaning they prey on middle-sized and smaller animals–and males can grow up to four feet long and weigh 13 pounds. Their spread is a type of “mesopredator release,” which happens due to a reduction in the number of apex, or top-level, predators like wolves, the study authors wrote. (In other words, the absence of top-level predators has allowed fishers to be “released” from this predation pressure.) 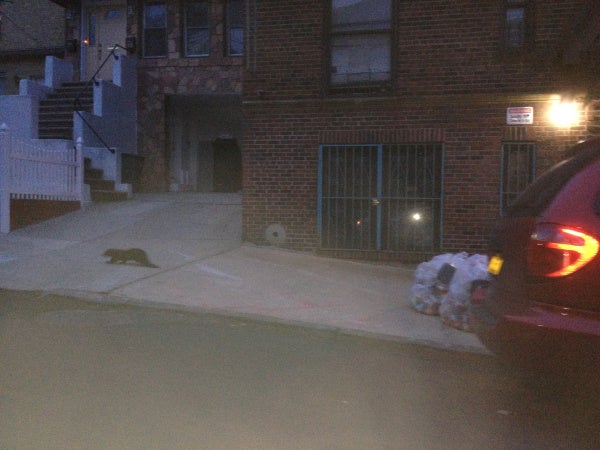 A fisher in the Bronx

NYPD officer Derek Lenart took this photo at dawn on April 15, of a fisher running along a sidewalk in the Bronx.