This Wearable Robot Lifts 110 Pounds In Each Hand

It's not exactly "Iron Man," but then again, it is real. 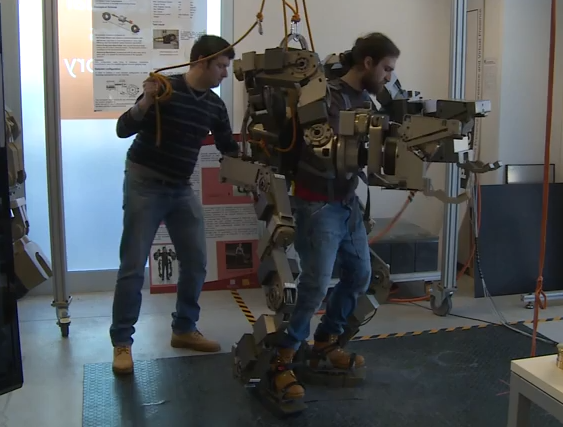 The days of idling wishing for a wearable robot are gone. Researchers at the Perceptual Robotics Laboratory in San Giuliano Terme, Italy, have created a “robo-suit” that is capable of lifting 50 kilograms (110 pounds) with each of its arms.

The robot also moves to mimick the user’s actions, such as walking, moving the arms, and picking up things with its hands, er, grippers.

The machine could be tweaked to work in factories or to clear debris and rescue survivors in earthquake zones, the BBC noted. It is one of many robotic exoskeletons being designed around the world.