Watch This Morning’s Eclipse Happen In One Minute

Plus, great shots an Illinois man caught while standing in his backyard 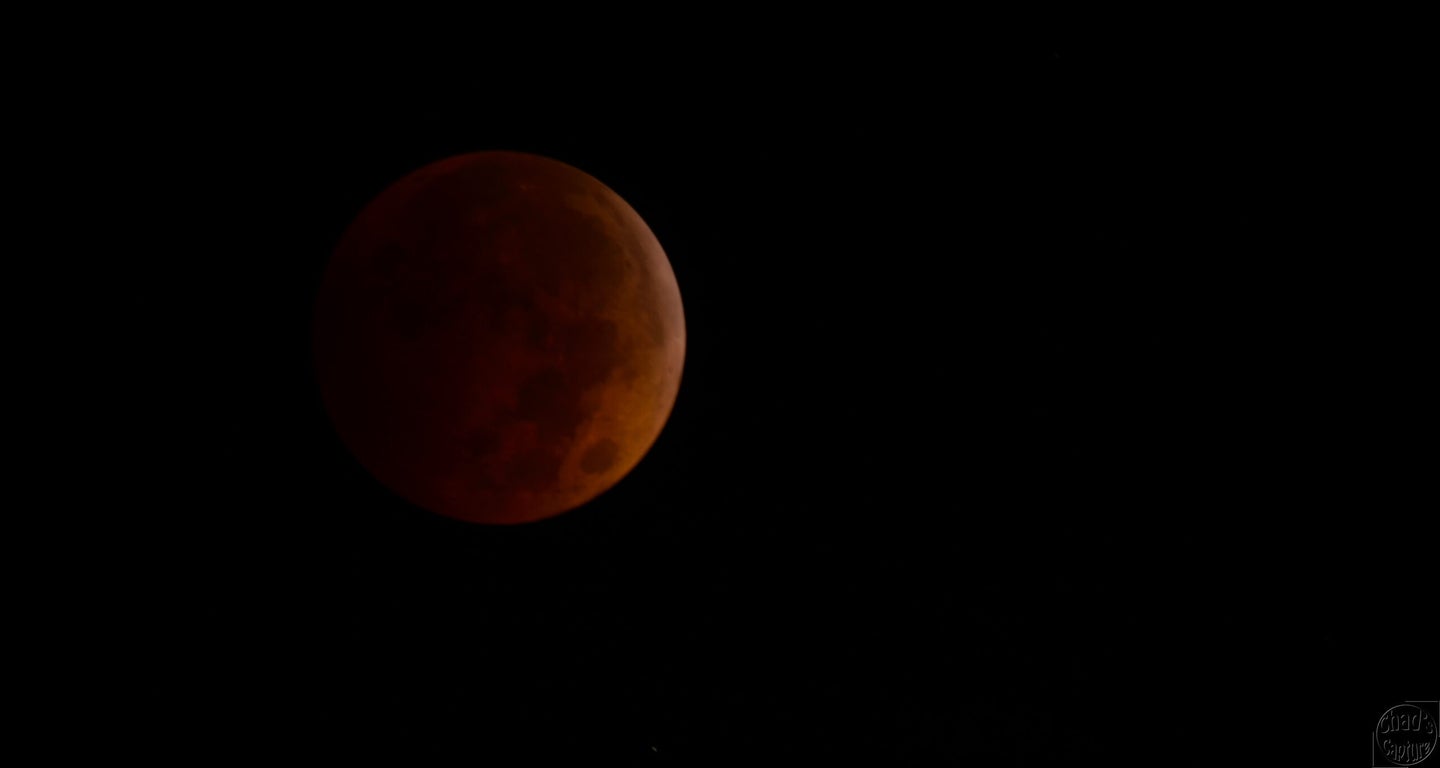 Early this morning, Americas time, the moon underwent a total eclipse. The Griffith Observatory in Los Angeles trained its telescope on the moon for the event, then made this wonderful one-minute video out of five and a half hours of footage:

The sudden flick from white to red in the video occurs because the Griffith staff adjusted the “gain” on their camera, making it more sensitive to light.

In general, during an eclipse, the moon appears rusty, coppery red to the naked eye. That’s because when the sun, Earth, and moon are lined up, sunlight must pass through the Earth’s atmosphere before it reaches the moon. The atmosphere filters out green, blue, and violet light, leaving only the reddish parts of the visible spectrum to reach the moon.

Commentators at the Griffith Observatory noted that today’s eclipse seemed darker red than usual. The temperature, humidity, and dust content of the Earth’s atmosphere may all affect how dark an eclipse appears.

Here’s another way to get a sense of what the eclipse looked like. Chad Horwedel of Bolingbrook, Illinois, made the below image from a series of shots he says he took from his backyard. The redder photos come from him increasing his camera’s exposure time. The series shows the moon entering eclipse, but not exiting, as the moon set in Illinois before it exited eclipse.