Watch Live As 3 Astronauts Rocket Toward The ISS

A Soyuz rocket carrying members of the International Space Station's Expedition 37 crew takes off from Kazakhstan at 4:58 p.m. Eastern.

A Soyuz rocket carrying three astronauts to the International Space Station is scheduled to launch from the Baikonur Cosmodrome in Kazakhstan at 4:58 p.m. Eastern time today. Oleg Kotov, the Russian cosmonaut who will command ISS Expedition 38, as well as Roscosmos flight engineer Sergei Ryazansky and NASA flight engineer Michael Hopkins are headed to the space station for five and a half months. By late tonight, they’ll join the other Expedition 37 crew members already on board the ISS.

Hopkins is the first astronaut from NASA’s 2009 astronaut class to go to space. It will be Ryazansky’s first orbit as well. 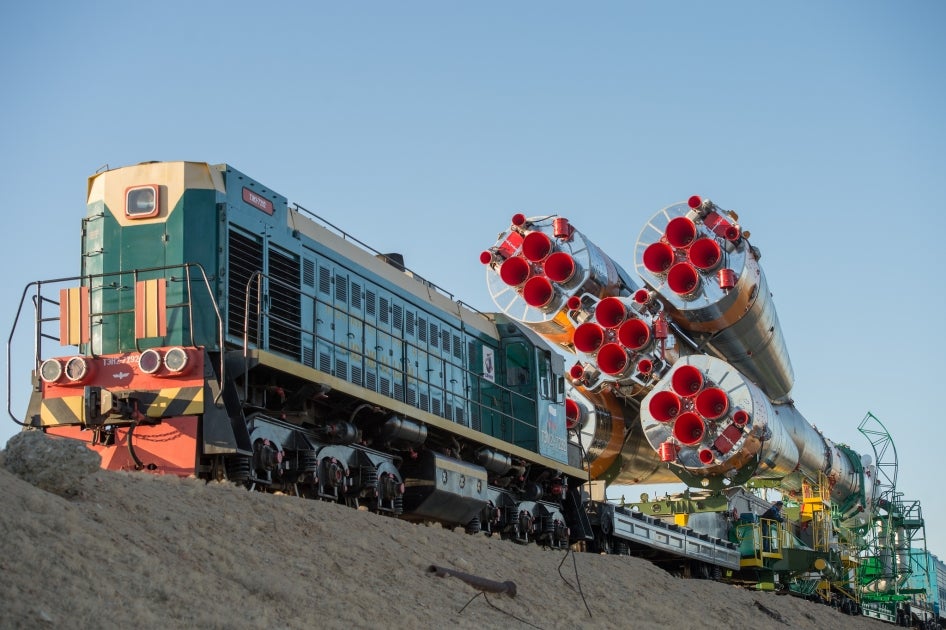 The Soyuz spacecraft was rolled out to the launch pad on Monday.

The Soyuz takeoff complicates things a bit for the Orbital Sciences Cygnus cargo spacecraft that launched from Virginia last week. It was originally scheduled to rendezvous with the space station last weekend, but a software glitch delayed its arrival. To allow the ISS-bound cew time to sidle up to dock themselves, the Cygnus arrival has been postponed until at least Saturday.

Fun fact: Before every launch from the Baikonur Cosmodrome, astronauts plant a tree on the nearby Avenue of the Cosmonauts, a tradition that goes back to Yuri Gagarin.