Vitamin B2 Can Be Used To 3-D Print Medical Implants

The essential vitamin found in many foods could be used to create non-toxic scaffolds for custom medical implants. 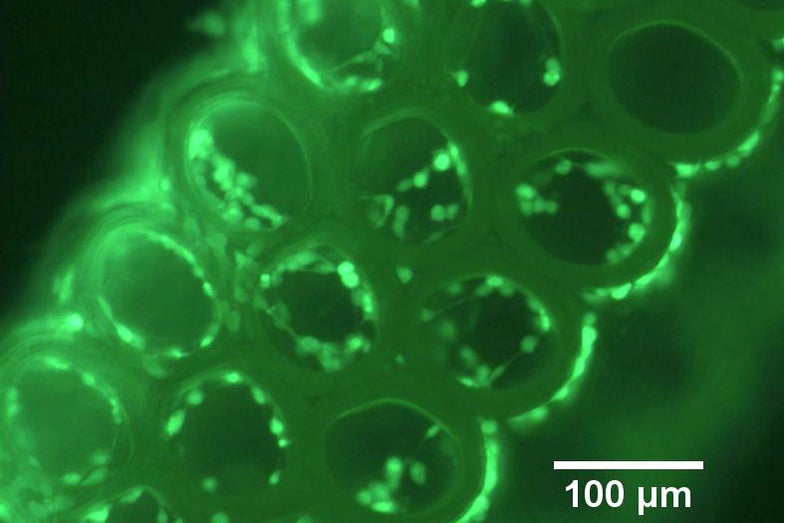 Riboflavin, or vitamin B2, a vitamin commonly found in cottage cheese, green veggies and meat, could be used to 3-D print medical implants that are more compatible with the human body, according to new research from a group of biomedical engineers in North Carolina.

Two-photon polymerization uses light-sensitive chemicals, known as photoinitiators, to turn a liquid into a solid polymer. The liquid only becomes solid at the focal point of the laser providing the light, so an object can be 3-D printed by tracing its outline. Then the rest of the liquid is washed away, leaving only the solid structure. This technique can create finely detailed objects like scaffolds for tissue engineering custom body parts or microneedles to deliver drugs painlessly. 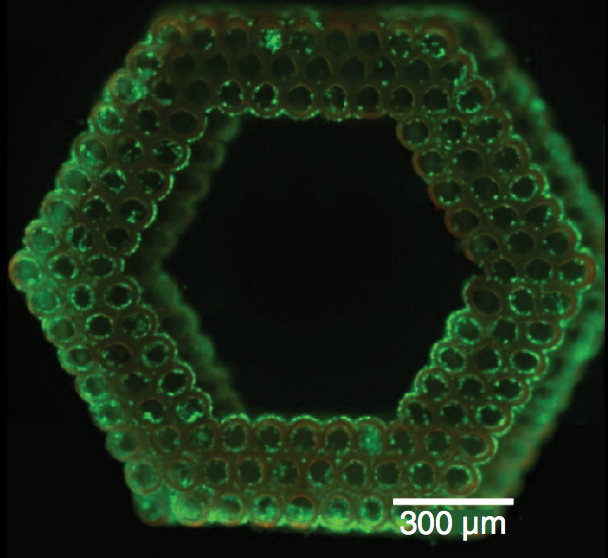 However, many of the materials used to make the liquid mixture react to light are also toxic to humans, which makes them less than ideal for creating structures that will later be implanted into the body. The researchers found that using riboflavin, which is naturally light-sensitive, as the photoinitiator in the process resulted in scaffolds that were more biocompatible than mixtures made with other light-reactive chemicals.