A new way to understand the spread of humanity 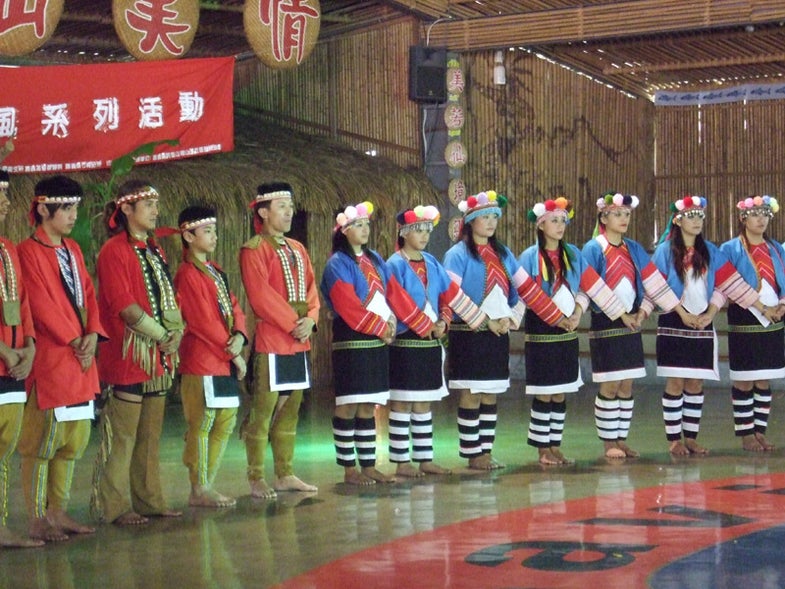 The Tsou are one of the aboriginal Taiwanese groups whose music researchers studied. 小卡 via Wikimedia Commons
SHARE

Where humans go, they bring their culture with them. Working backward from this, researchers led by Steven Brown of Canada’s McMaster University sought to see if similarity in folk music among divergent groups matched their genetic closeness, indicating a shared history.

The scientists compared the folk music of Taiwan’s aboriginal, non-ethnically Chinese peoples. Testing 220 songs from nine distinct Taiwanese aboriginal groups, on such points as pitch and rhythm, the researchers were able to track similarities and differences in the groups’ music. To demonstrate that variations in the music were a result of migration, the researchers cross-checked the population’s mitochondrial DNA, which is passed down from mother to child and is a reliable way to check group genetics.

Tracking migration by music doesn’t replace the picture created by genetic mapping, but it does enrich it. Language families are another way to do this–older concepts in similar languages tend to have similar words, but new concepts discovered in isolation will be divergent. One example of this comes from 2012, when scientists tracked the Indo-European family of languages back to a core in Anatolia. This was done by looking for ancestral parts of speech, words early farmers would require to describe their day to day life, like “mother,” and then tracking where vocabulary sets diverged, like when farmers in India needed to describe different wildlife and seasons than farmers in Europe.

The study by Brown adds music as another avenue to explore the spread of humans, since musical forms evolve and vary much like language. Brown’s team even contends that music is a closer identifier to genetics than language. The Journal Proceedings of the Royal Society B published the findings on November 13.