Unleashing An Epidemic To Kill The Tumbleweeds 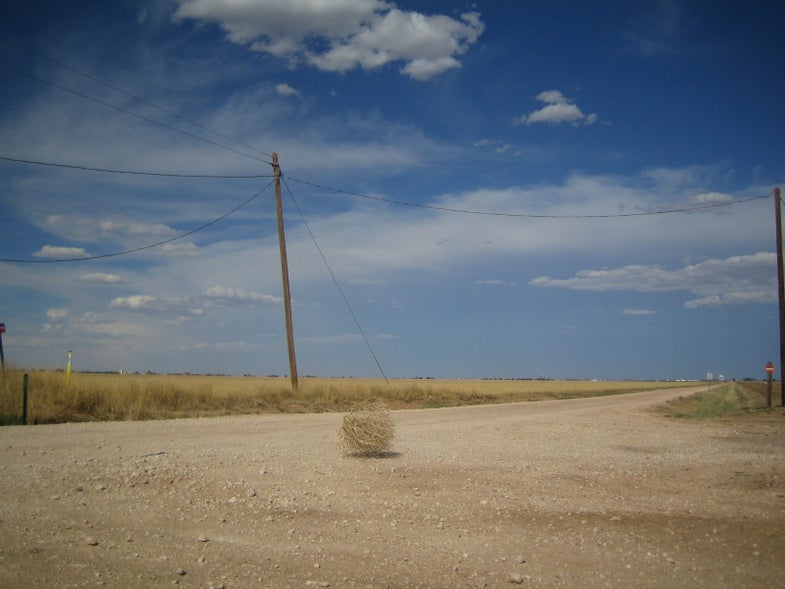 Dana Berner wants to start an epidemic among tumbleweeds. Berner is a pathologist with the U.S. Agricultural Research Service who studies the diseases that afflict plants. One of his projects has been a search for something that’s able to infect and kill the iconic, spiny, rolling weed of the American West.

After about a decade of research—plus more work, done by predecessors—he thinks he’s got an answer: Two fungi species that hail from the Eurasian steppes to which tumbleweed is native. He and his colleagues have submitted applications to release these exotic fungi on willing U.S. farmers’ lands. Now they’re just waiting for an answer.

“I’m very optimistic on its ability to control tumbleweed. We just need to get it released,” Berner tells Popular Science. “We have lots of evidence on it that it’s safe and effective.”

“It eliminated tumbleweed in fields, within one to two years. Gone.”

What’s Berner’s problem with this quirky Western icon? As American as they may seem, tumbleweeds aren’t native to the U.S. They were introduced here, accidentally, in a shipment of flaxseeds, in the 1870s. Without the predators and diseases that normally munch at them in places like Russia and Hungary, they can grow in incredible numbers.

Tumbleweeds can take over farmland, crowding out crops or forage that cattle are able to eat. (Cattle don’t eat tumbleweed.) They can pile up against houses, creating a fire hazard. (“I had a call from another fellow in California, just recently, who’s just terrified of the fire risk,” Berner says.) In 1989, a North Dakotan town of 4,000 spent $8,500 to dig itself out from a pileup that blocked streets and houses; similar scenarios have happened this year across the west. That’s not to say tumbleweeds aren’t beloved by some… but others could do with fewer of them. Yet farmers and ranchers don’t often want to plunk down the money to kill them off with chemical herbicides. The type of land tumbleweeds grow on tends not to be very valuable, agriculturally. So they persist, with each tumbling ball scattering up to a quarter million seeds as it rolls. 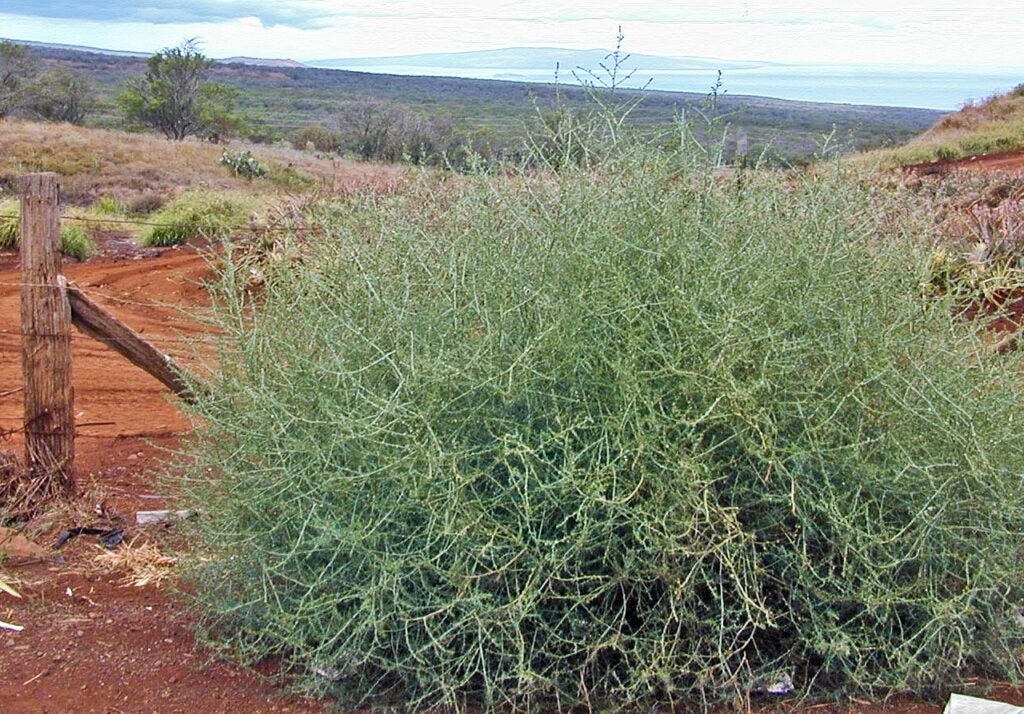 Since then, Berner and his colleagues has been studying that fungus, Colletotrichum salsolae, alongside another fungus called Uromyces salsolae. They’ve been checking what the fungi kill and don’t kill. The latest studies included field tests of C. salsolae in Greece and Russia, where C. salsolae already grows. Berner describes the results of a study they performed by renting a patch of land from a Greek farmer with a tumbleweed problem. “It eliminated tumbleweed in fields, within one to two years. Gone.”

The fungi work against the tumbleweeds when they are saplings, so they don’t have the chance to grow into large bushes, which would later dry out, snap off their roots, and roll around while dispersing their seeds. 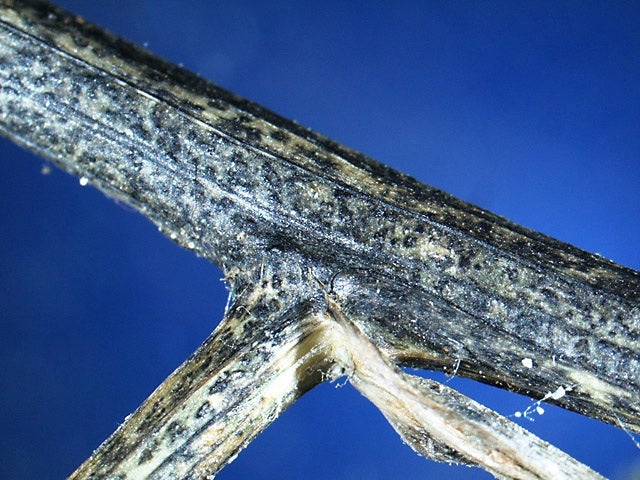 Stem of a Tumbleweed Infected with C. Salsolae Fungus

The safety tests included inoculating plants of species related to the Salsola tragus tumbleweed that C. salsolae and U. salsolae target. The plant researchers wanted to make sure that if released, the fungi wouldn’t kill native plants. Those tests were performed in a biosafety level 3 greenhouse, a precaution that was meant to protect not the human researchers, who aren’t susceptible to the diseases studied in the greenhouse, but all of the plants outside of it. Scientists have to shower before leaving the greenhouse.

Not every plant species gets a greenhouse test, however. Some species are difficult to find or cultivate. So Berner and his colleagues ran a mathematical model on all of their species that estimates the extent to which a species is susceptible to certain pathogens, based on its genetics. The model is a widely used one for checking what species a “biological control agent”—a living thing meant to kill weeds or pests—will affect.

The team checked 89 species’ vulnerability to C. salsolae, plus 64 species’ vulnerability to U. salsolae. Only a few species were vulnerable to infection at all. Those that were didn’t seem to suffer in overall health from the infection. One helpful fact: Plant diseases tend to infect closely related species and there are no plants native to the U.S. that share tumbleweeds’ genus, Salsola.

Now it’s a question of waiting, which depends in part on whether the approval committee is convinced by Berner and his coworkers’ safety tests. The team submitted one application, for U. salsolae, in 2009. They haven’t yet received an answer. They submitted their application for C. salsolae this year.

Should the approval go through, spreading the fungi will be cheap and easy. Scientists infect otherwise sterilized rice with the fungi, then dump a half-kilogram pile of the rice every 5,000 meters in the fields of those who want it. Rain and tumbleweeds’ tumbling will do the rest.

“It will eventually spread,” Berner says. “Ultimately, it’s going to spread as far as tumbleweed spread.”