"I may be under attack, but take some of this to protect yourself," is an anthropomorphized way of looking at the interaction. 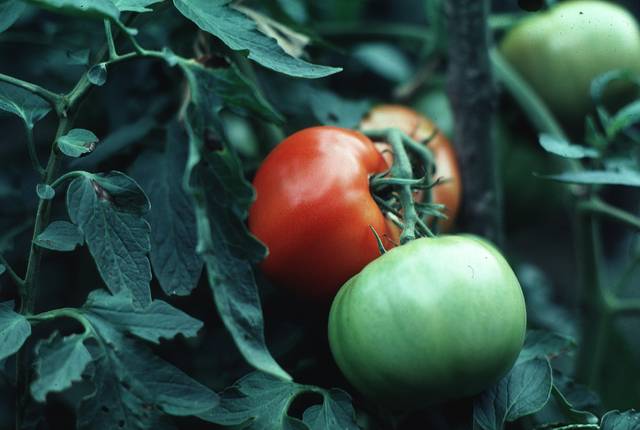 When cutworms attack tomato plants, the plants huff and puff various substances, which serve as a chemical warning to neighboring plants that the pesky grubs are afoot. What effect might this have on the neighbors? One of the chemicals that tomatoes spew out upon attack, called (Z)-3-hexenol, is actually absorbed and converted by surrounding plants into a chemical weapon against cutworms, according to a new study. This use of a chemical “warning” as a weapon is quite unusual, scientists said.

In the study, the researchers found that neighboring tomato plants exposed to these chemical cries for help contained a substance in their leaves called HexVic (or (Z)-3-hexenyl-vicianoside, if you must). They also found that when HexVic is fed to cutworms, which are the larvae of a moth, it makes them less likely to gain weight and survive.

Further analysis showed that HexVic was produced from the conversion of infested plants’ (Z)-3-hexenol emissions, something the scientists confirmed by labeling the latter chemical with a radioactive substance that also showed up in the former.

Other plants like sorghum and rice can produce HexVic, and may be using a similar technique to defend themselves, the scientists found. “This kind of selective uptake of one specific compound and then conversion into a compound that is directly toxic to the caterpillar itself is unusual – it’s nice they show the signal is replicated across really diverse plants,” Purdue University researcher Ian Kaplan, who wasn’t involved in the study, told Chemistry World.

The study was published in the Proceedings of the National Academy of Sciences, and co-authored by Kenji Matsui from Japan’s Yamaguchi University.