And it's actually (relatively) nearby 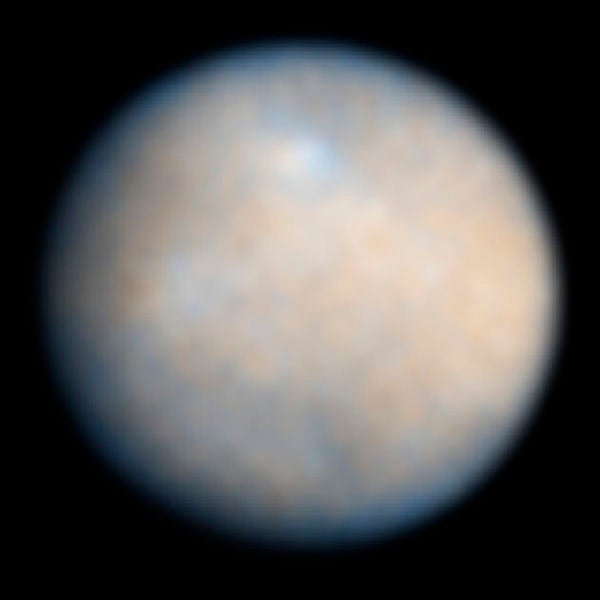 This is poor, unfortunate Ceres. Discovered in 1801, it was at first called a planet, then soon classified as an asteroid, and recently as a dwarf planet, not quite qualifying for real planet status despite residing in the solar system’s asteroid belt. But now it can feel special: the Herschel Telescope has, the for the first time, detected water on the lil’ planet–probably a whole lot of it, too.

The telescope, using infrared vision, detected a signature of water vapor from Ceres. The researchers think when the 590-mile-wide Ceres moves closer to the sun, part of its icy surface (something never conclusively proven to exist before now) is being melted, and that Herschel picked it up. How much ice, then, is in the surface? To put it in context: if it was melted, it would be more fresh water than is available on all of Earth.

Serendipitously, NASA already has a space probe, Dawn, in the area, and it’ll be heading to Ceres next for a closer look at the surface in spring of 2015.