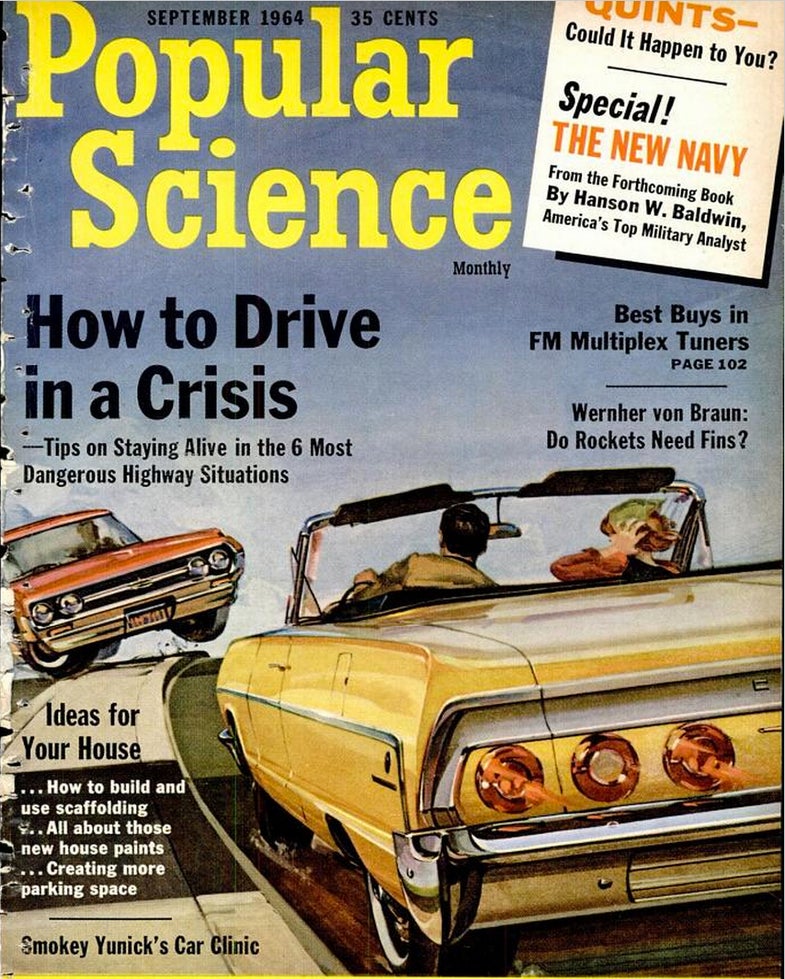 On this Throwback Thursday, we go back 50 years to the _Popular Science of September 1964_.

What To Do When Your Brakes Fail

“You start down a long, steep mountain grade at a fast clip, and suddenly find you have no brakes.” Our September 1964 cover story explained what you should do in this nightmare scenario, as well as how to handle five other car crises.

The Verrazano-Narrows Was The Biggest Bridge In The World

Our reporter climbed it, in what sounds like a hair-raising experience:

At the time, the 4,260-foot bridge between Brooklyn and Staten Island just barely surpassed the Golden Gate Bridge to become the longest in the world. Modern engineering has eclipsed both bridges; today, the longest road bridge is the Bang Na expressway in Thailand, which is 34 miles (or nearly 180,000 feet) long. But the Verrazano is still the longest suspension bridge in the U.S. Learn more about how it was built. 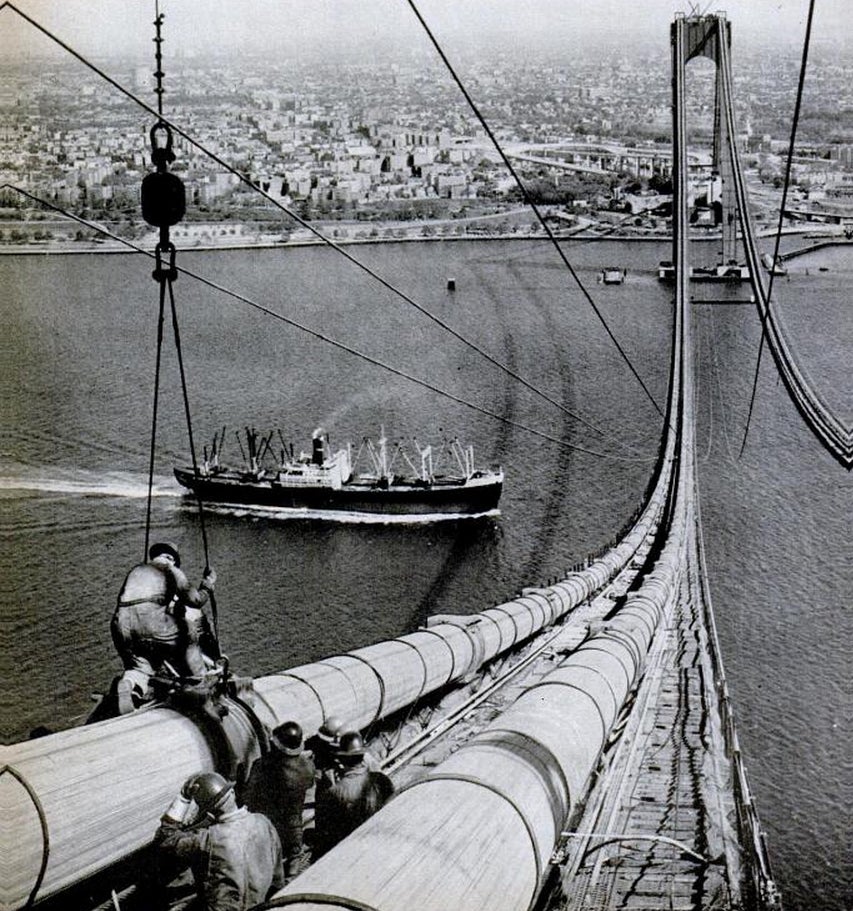 View From Atop The Verrazano-Narrows Bridge

Happy Birthday, Bullet Trains! Fifty years ago, the world’s first high-speed trains flashed through Japan at up to 125 miles per hour, completing the 320-mile journey between Tokyo and Osaka in just a few hours. One of our writers, who rode along on a test run, called it a smooth ride, though there was one hitch: The train nearly ran over some children, because it couldn’t stop in time. Luckily, the kids got off the tracks before the train reached them.

Wall-Mounted Toilets Were A Thing

“Now You Can Afford A Wall-Hung Toilet,” the headline trumpets. What are the benefits of an off-the-floor toilet, you might ask? “It is a housework saver. It is more sanitary. There are fewer maintenance problems. It is neater looking, too,” we wrote. But for the most part, it seems the floating toilet was an idea that never really got off the ground. 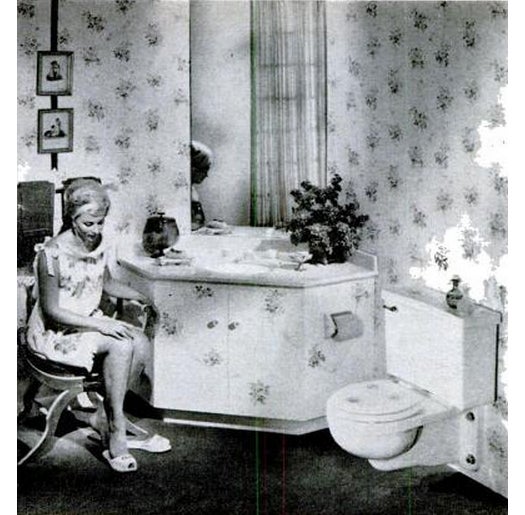 We’re not sure why this lady is hanging out in her bathroom, but it’s probably because her toilet is so awesome.

You can read the complete September 1964 issue here.