Sampling the metagenome of the air 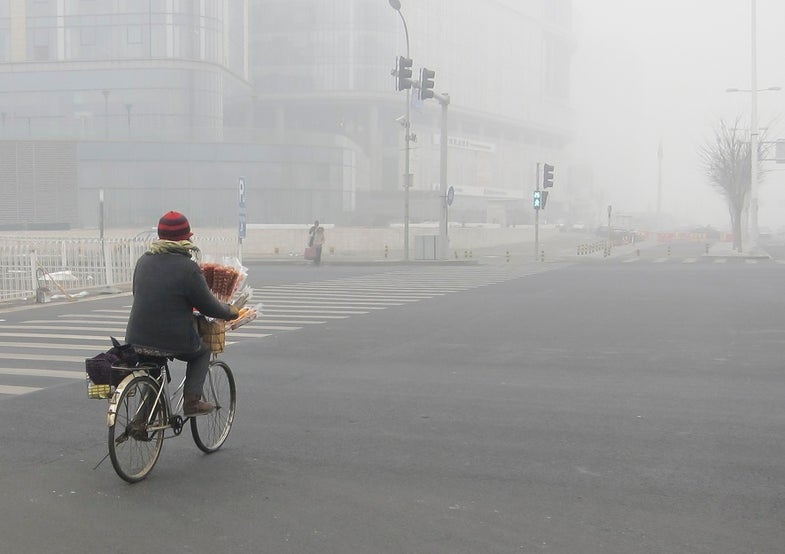 There are about 1,300 microbe species that float around in Beijing’s smog, a team of Chinese researchers found. Aren’t you glad you know? Most of the microbes are harmless, Nature News reports, but some of the species are known to cause allergies and lung diseases in people.

The team tested for bits of DNA in air samples taken from Beijing in January 2013, a particularly bad time for air pollution in the city. The DNA tests were detailed enough to say what species the genetic material came from, a first for a study of city-air microbes, Nature News reports. Smoggier days had higher concentrations of dangerous species, the team found.

Not all of the microbes might actually be living in Beijing’s smog, however. The DNA testing isn’t able to say whether the DNA comes from live or dead microbes, so it’s possible some of those species are actually dead organisms sloughed, for example, from people’s skin or dog poop on the street. One way or another, the study “adds to our understanding of what we inhale every day,” as the team’s lead scientist, Ting Zhu, told Nature News.

Whether these microscopic Beijingers actually sicken people still remains to be seen. Zhu’s and his team’s study identified what was in the air; it didn’t test if that’s the route through which people get infections. Nevertheless, even without microbes, pollution is well known to harm human health, raising people’s risk of getting heart and lung diseases.