Stephen Hawking On The Future Of CERN 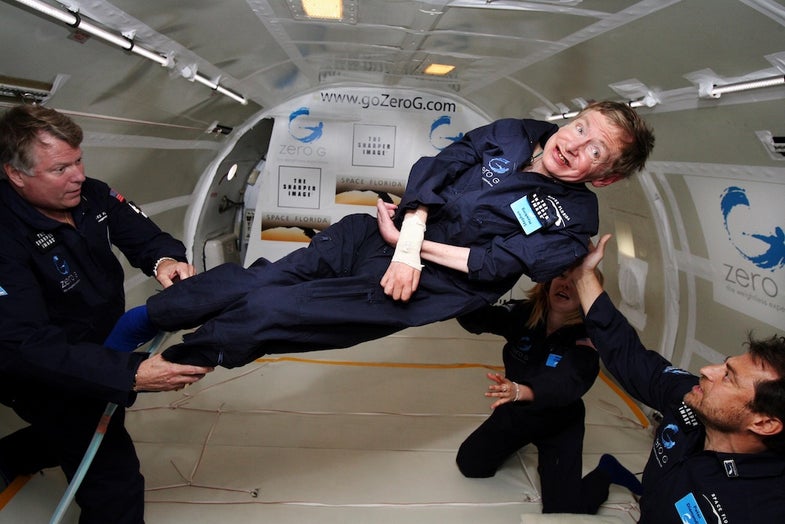 That Stephen Hawking, always looking for trouble. In a speech at the London Science Museum, the physicist said “physics would be far more interesting” if scientists had been unable to find evidence of the Higgs boson. Of course this would have been interesting—the Higgs boson was predicted to exist if the prevailing theory of how matter and energy work is true. The model is even called the Standard Model. Here’s how CERN describes it:

If, even after science’s best efforts, physicists had been unable to find evidence of the Higgs boson, they would have to rethink major parts of the Standard Model, which certainly would have meant a lot of new work for physicists.

You get the feeling Hawking isn’t actually complaining, however. In the same speech, on which the U.K.’s The Guardian reported, Hawking complained about how “the discovery of the new particle came at a personal cost”: a lost $100 bet.

Even with the Higgs boson confirmed, there’s still plenty of research left for Hawking and his colleagues. Scientists’ understanding of how gravity works doesn’t fit well into the Standard Model, which explains how particles act at the sub-atomic level, at which scale gravity is negligible. Hawking said he hopes CERN will turn next to gathering data to prove or disprove the M-theory, which unites the Standard Model and scientists’ understanding of gravity. No experimental evidence for the M-theory exists. Check out The Guardian for more descriptions of the theory, as well as another, yet unresolved bet Hawking made.