Seeing Cells As They’re Meant To Be Seen: In 3-D 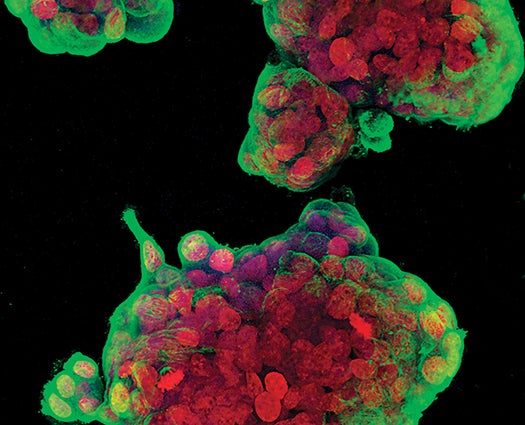 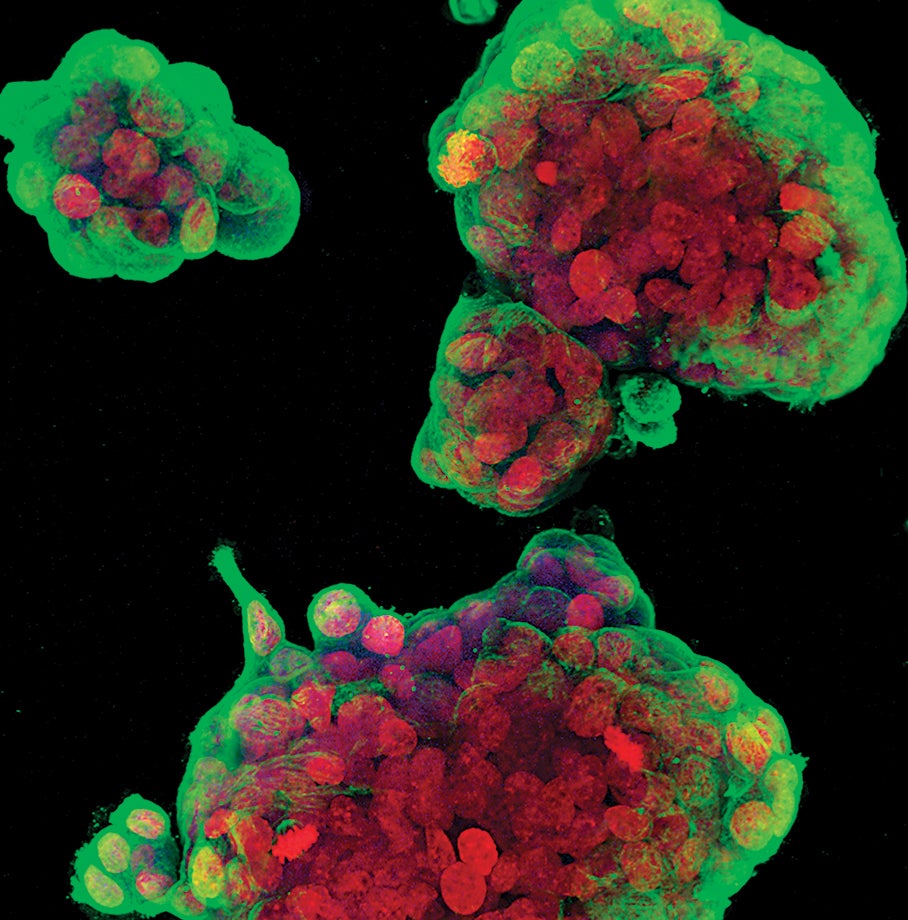 Cells live in a three-dimensional world, but until recently, scientists using fluorescence microscopes could see them well in only two dimensions. With advances in confocal microscopes, which use pinhole apertures to focus light on several planes, scientists can now view samples with depth, like these human prostate-cancer clusters.