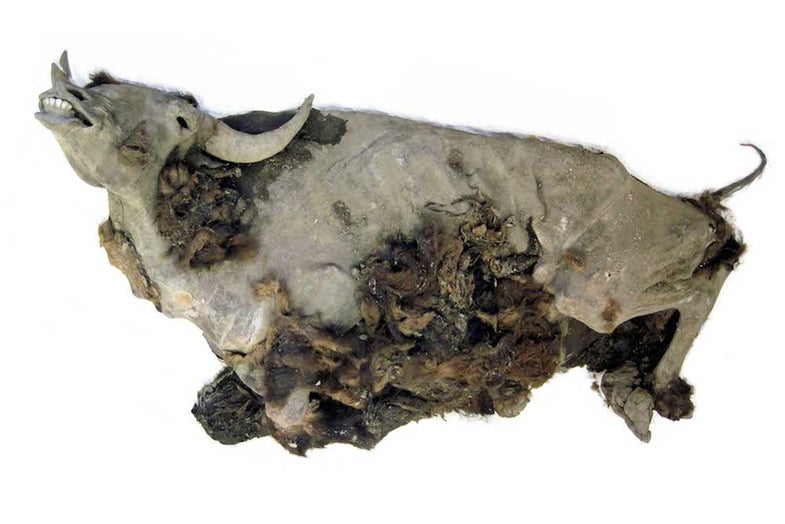 Researchers have just finished a necropsy of this nearly complete (and somewhat gruesome) carcass of a Siberian steppe bison.

This species (Bison priscus) was one of a group of large mammals, including woolly mammoths, that went extinct at the end of the last Ice Age. For about 9,300 years, this specimen lay frozen where it fell in eastern Siberia, before being discovered by Yukagir tribesmen in 2011. It is one of the most well-preserved cases ever discovered, according to the press release.

Researchers believe studying the bison will help them discover new details about its kind and how they went extinct.