Scientists Listen In To The Seismic Soundscapes Of Human Activity 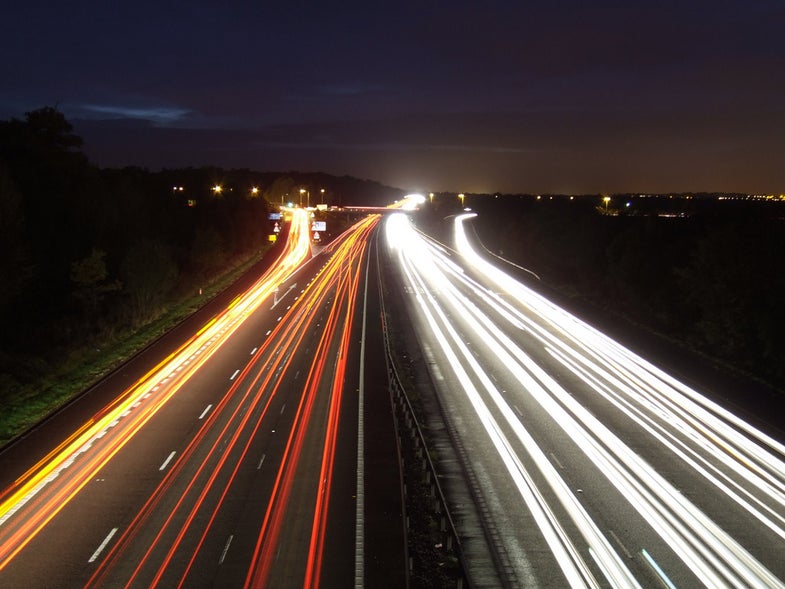 Planes, trains and automobiles create the noisy background to our lives–especially in urban areas. In addition to getting us from point A to point wherever-we’re-headed, the swift movement of transportation creates plenty of noise and vibrations. But the low-frequency noise of these vibrations is usually completely unnoticed by humans, until now. Scientists presenting their research at the Acoustical Society of America (ASA) meeting this week announced that they can monitor those vibrations using seismic networks.

In this case, the researchers from Scripps Institution of Oceanography got access to a network of 5,300 geophones (instruments that pick up vibrations in the earth) located in Long Beach, California. The geophones were originally installed as part of an oil and gas survey in the area, but the scientists figured out that in addition to being able to map out likely locations of resources, the network was also able to pick up on the vibrations caused by human transportation.

The authors write that “by using mostly standard signal processing, we can follow a metro schedule, count aircraft and their acceleration on a runway, and even see larger vehicles on a 10-lane highway.” Future uses for this technology could include monitoring traffic, or, from a pure research standpoint, getting another level of data on how cities work by mapping out the vibrations in a city.