Science Indicates That Sprite Might Be A Great Hangover Cure 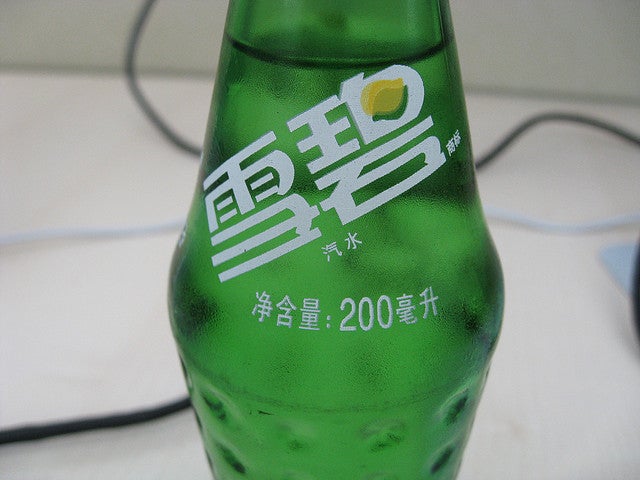 Let’s say you’re hung over, and you’re given the option of two hangover cures: one is a Chinese pain-relieving tea made of huo ma ren, or hemp seeds, and one is a dusty can of Sprite from the bodega down the street. Your instinct might be to stay away from the artificial lemon-lime sugar-water. And your instinct would be wrong.

Researchers at Sun Yat-Sen University in Guangzhou, China, a school known for its pharmacology department, looked into the problem of alcohol hangovers. Alcohol’s effect on the body is well-known but not well-understood; there are theories about why alcohol affects us the way it does, but we don’t have a clear understanding of the way the body metabolizes all the different chemicals in, say, a bottle of bourbon. These researchers specifically looked into the way ethanol is metabolized.

The current understanding is that ethanol is processed by the body into acetaldehyde. The enzyme that handles that particular metabolization is called alcohol dehydrogenase, or ADH. Then that acetaldehyde is metabolized even further into acetate, and the enzyme that handles that process is called aldehyde dehydrogenase, or ALDH. Acetate is cool; we think it might help boost energy, for one thing, and it also appears to be pretty much harmless. Acetaldehyde, on the other hand, is a menace: it’s responsible for the pounding headache that’s part of a traditional hangover, for example. So the researchers’ game was to minimize the amount of time the acetaldehyde was in the body. And the way to do that is to boost the body’s store of ALDH.

The researchers tested a few different drinks in the lab. That hemp seed tea was found to have two effects: it increased the activity of ADH, meaning the body converted more of that ethanol into dastardly acetaldehyde, while also inhibiting the activity of ALDH, meaning the acetaldehyde stuck around in the body for even longer than usual. This is pretty much the worst possible scenario for a hangover cure! On the other hand, Sprite (known in China as Xue bi) was found to have the opposite effect, boosting the activity of the ALDH enzyme and so making the conversion of acetaldehyde into acetate even faster. Pretty amazing!

The researchers say their next step is to try it in a real living organism to see if the results hold true.