Russian Deputy PM: U.S. Can Go To Space ‘With A Trampoline’

But that wouldn't even work, so--ohhhh, I see what you're doing. 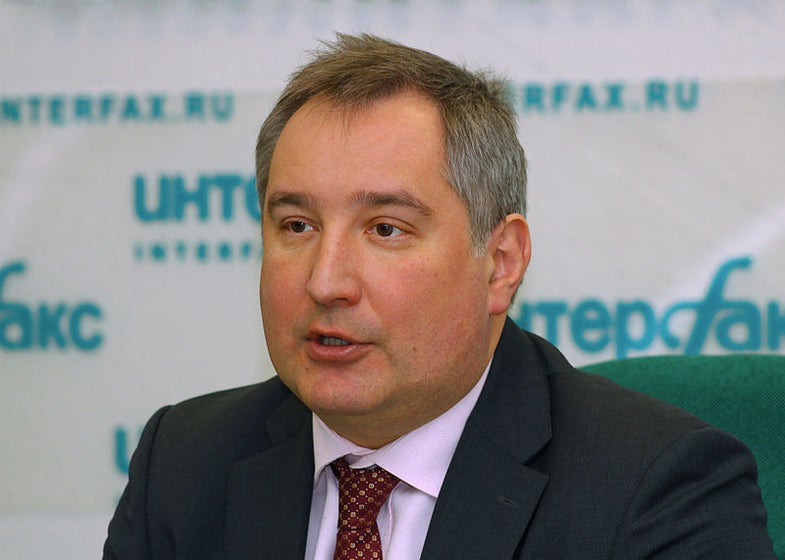 You may be aware that there’s some love lost right now between the United States and Russia, and since NASA relies on Russia to ferry astronauts to the International Space Station, things are a bit awkward. And by awkward, I mean NASA has severed all ties with Russia besides what the agency needs to get to the ISS. But with the U.S. imposing sanctions against the country for its actions in Crimea, is ISS transport next to go?

Russia’s Deputy Prime Minister Dmitry Rogozin engaged in either a serious threat, or a prime example of saber-rattling, when he tweeted this:

And later added this (the punchline is “with a trampoline”):

Russia, it seems, absolutely could do this–but they’d be taking a serious economic hit in the process. As the Washington Post points out, Russia will soon be getting $457.9 million for its services, and that’s money the country’s aerospace industry would rather not leave on the table. Almost sad, really: I’m all for the idea of a gigantic space trampoline built by NASA.