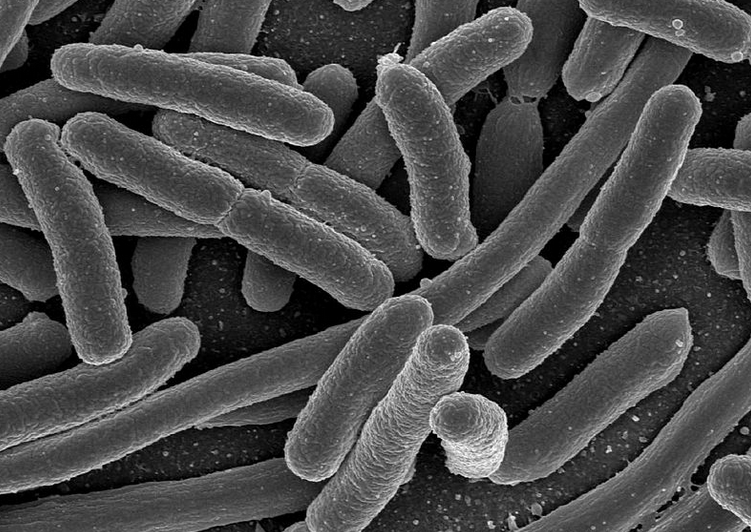 E. coli, one of the many bacteria present in the human gut. Rocky Mountain Laboratories, NIAID, NIH
SHARE

It’s World Cup season, so as our planet’s eyeballs turn to soccer pitches, consider that flourishing communities of microbes in the players’ guts. If you will. A new study found that elite athletes–in this case, professional Irish Rugby players–have extremely diverse gut microbiomes, compared with people of the same size who don’t exercise. “This is the first report that exercise increases gut microbial diversity in humans,” the authors wrote.

In the study, published in the succinctly-named journal Gut, scientists took blood and fecal samples from 40 rugby players and from roughly the same number of non-athletes with a similar BMI (body mass index). They found that the athletes had significantly higher proportions of 40 taxa (or taxonomic groups of microbes) than their low-BMI, less active peers. The athletes also had a higher proportion of Akkermansiaceae, a bacterium linked with lower rates of obesity and metabolic disease.

Generally speaking, a more diverse gut microbiota is quite good for overall health, and linked to higher resistance to illness and lower risk of obesity. A low diversity of gut microbes has been linked to obesity and to a diet that is high in fat and sugar compared with one that is low in fat and plant-based.

The researchers don’t know exactly how extreme exercise and a high protein diet yield such diversity, but they hope to find out, and use the results to enable them to treat G.I. problems associated with lower diversity. Clostridium difficile, which causes terrible diarrhea, is one such disease.