97 percent of water on Earth is salt water. What if we could drink it? 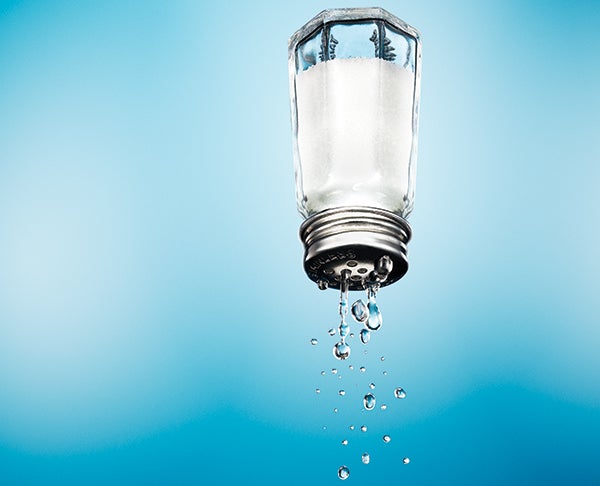 Seventy percent of the Earth’s surface is liquid—yet water scarcity affects more than a billion people each year. Since the 1970s, the gold standard for desalination has been reverse osmosis, in which big pumps push seawater through membranes that allow water molecules to pass through but not salt. The process is effective—it removes 99 percent of the salt—but it’s costly and energy-intensive. Put another way, today’s desalination technology exacerbates climate change and worsens the water crisis it’s meant to solve.

By leveraging electricity rather than force, Kyle Knust, a 26-year-old doctoral student in analytical chemistry at the University of Texas at Austin, created an energy-efficient way to separate salt from saltwater with an electric current. His device is called the Waterchip (it’s small enough to fit in the palm of a hand), and water flows through it along a Y-shaped microchannel. An electrode emits a charge where the Y splits, creating an electric field that deflects the salt down one branch of the channel as highly concentrated brine. Desalinated water runs out the other arm. Tony Frudakis, CEO of Okeanos, a Cincinnati-area start-up, licensed the device. A single Waterchip removes about 25 percent of the salt from seawater and produces a mere trickle. “The technology is infinitely scalable,” he says. Running a few Waterchips in a series could make the output progressively purer, and running millions in parallel could theoretically produce as much freshwater as any giant reverse-osmosis plant—and consume half the energy.