Reemergence Of Polio Is A Global Health Risk

After major milestones in polio eradication, the World Health Organization warns that the virus has been regaining ground. 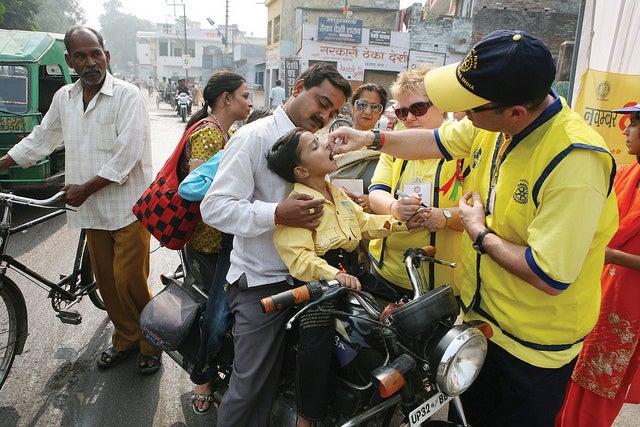 As recently as March, the World Health Organization was touting major gains in the battle to eradicate polio: Southeast Asia was deemed polio-free. But meanwhile, in countries like war-torn Syria, the amount of children vaccinated dropped dramatically, and the virus was once again spreading. Today, WHO declared an international health emergency: “If unchecked,” according to an emergency committee, “this situation could result in failure to eradicate globally one of the world’s most serious vaccine preventable diseases.”

Two years ago, it seemed that the fight to wipe polio off the planet—a feat that has only been accomplished once in history, with smallpox—would be won. But now, WHO is singling out countries where the virus has spread. Cameroon, Pakistan, and Syria will now require major, international efforts to hold the virus at bay, according to the committee:

The number of new cases rose from 223 in 2012 to 417 in 2013, and 60 percent of the new cases in 2013 were in formerly polio-free regions. The virus usually effects children, but a list of WHO recommendations for infected countries suggest all travelers receive a vaccine before visiting.

Despite major accomplishments like the eradication of the virus in India since WHO first declared war on polio in 1988, this could be a reminder of how precarious the ground we’re standing on still is.