To be fair, who hasn't hallucinated visions of cartoon dogs? 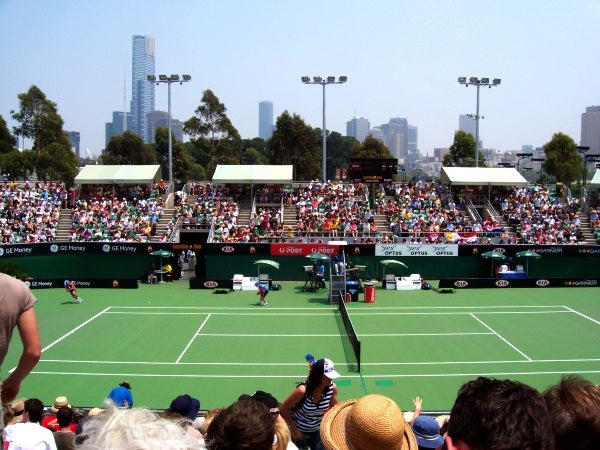 Extreme heat forced authorities to suspend play for more than four hours today (Jan. 16) at the Australian Open as temperatures topped 109 degrees Fahrenheit, although some players criticized officials for not halting play earlier.

Conditions were so bad that Canadian tennis player Frank Dancevic hallucinated and saw Snoopy, the cartoon dog, before passing out. Uzbek-American player Varvara Lepchenko won her first set, before falling ill due to the high heat, sobbing on the sidelines at times and losing 12 of her last 13 games. The hard court also got so sizzly it “burned the bum” of Serbian tennis player Jelena Jankovic.

Is the high heat due to climate change? It is impossible to say with any accuracy that any one instance of high heat is due to global warming, and Melbourne is always hot in the austral summer. But a recent study found that global warming has increased the chance for extreme heat by up to four times. And Australia has been warming up in recent years–2013 was its hottest year on record, so steamy that officials had to come up with a new color to represent the highest temperatures on heat maps.

Read more about the Aussie heat and climate change connection at The Guardian.