A Prosthetic Leg That Plugs Directly Into The Skeleton

Flesh and titanium merge via a design inspired by deer antlers. 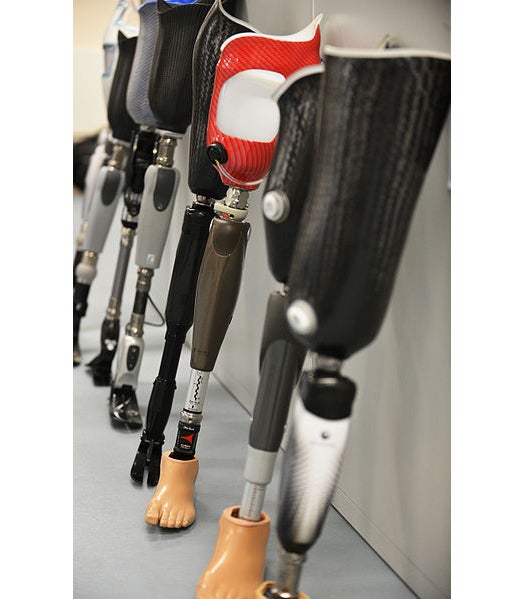 There are a lot of fancy, high-tech prosthetics out there. Some can read electrical signals from the nerves and muscles of the remaining tissue, while others even interface with the brain to read a person’s intentions when she, say, wants to reach for a chocolate bar. There are also computerized exoskeletons that can turn a quadriplegic into a soccer player.

Those concepts are super cool, but they’re also super futuristic. As in, they probably won’t be available to regular people for a few decades. For now, the most common leg prosthetic is essentially a peg leg with a simple cup-shaped socket placed over the stump (or “residual limb,” if you want to get technical). Those types of limbs tend to be uncomfortable; they cause chafing and alter the biomechanics of walking in ways that put strain on the back and other body parts.

A group of researchers at University College London has developed what may turn out to be a better idea. In a clinical trial that just wrapped, they implanted 20 amputees with prosthetics that interface directly with the patient’s skeleton. Voilà, the chafing disappears, and patients get a lot more tactile feedback than regular prosthetics.

“[M]y ability to know where [my foot] is improved dramatically because you can feel it through the bone,” Mike O’Leary, an above-the-knee amputee who participated in the trial, told the Guardian. “A textured road crossing, I can feel that. You essentially had no sensation with a socket and with Itap you can feel everything.” (“Itap” is the name of the prosthetic, standing for Intraosseous Transcutaneous Amputation Prosthesis.)

What’s really neat is how the researchers prevent infections from developing between the metal and the flesh. The prosthetic limbs are modeled after deer antlers, which have porous bone beneath their surface; the pores help soft tissue invade the bone and seal off the interface between skin and bone, so dirt and bacteria can’t get in. Itap uses a similar porous design in the area where the skin and prosthetic meet, allowing soft tissue to invade the metal.

If the data from the trial looks good, the limb could be deployed soon in specialist clinics across the U.K., and hopefully the U.S.

However, the latter may prove to be a particular challenge, according to a 2013 paper by Mark Pitkin from Tufts University. “The DSA [Direct Skeletal Attachment] procedure is still not allowed by the Food and Drug Administration in the United States,” he writes, “even though there are a substantial number of amputees, including US Veterans, who would benefit and whose quality of life would improve from DSA.”

If they expect to get past the FDA, the researchers will have to show that their prosthetic attaches safely to the bone and keeps out infections. 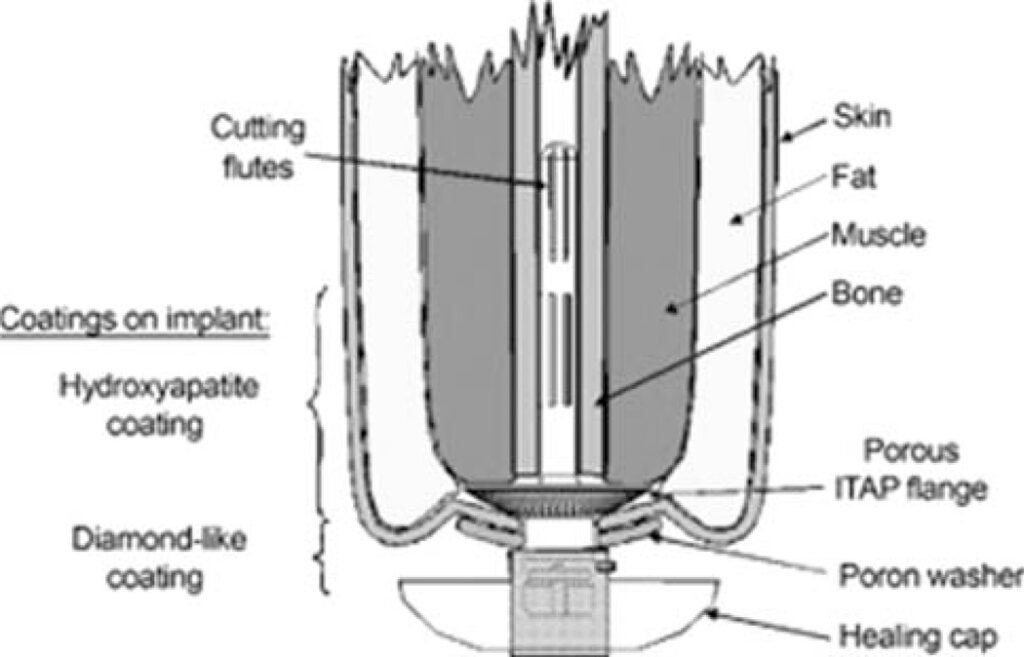