Scientists zero-in on how a lightning zap could give rise to living things. 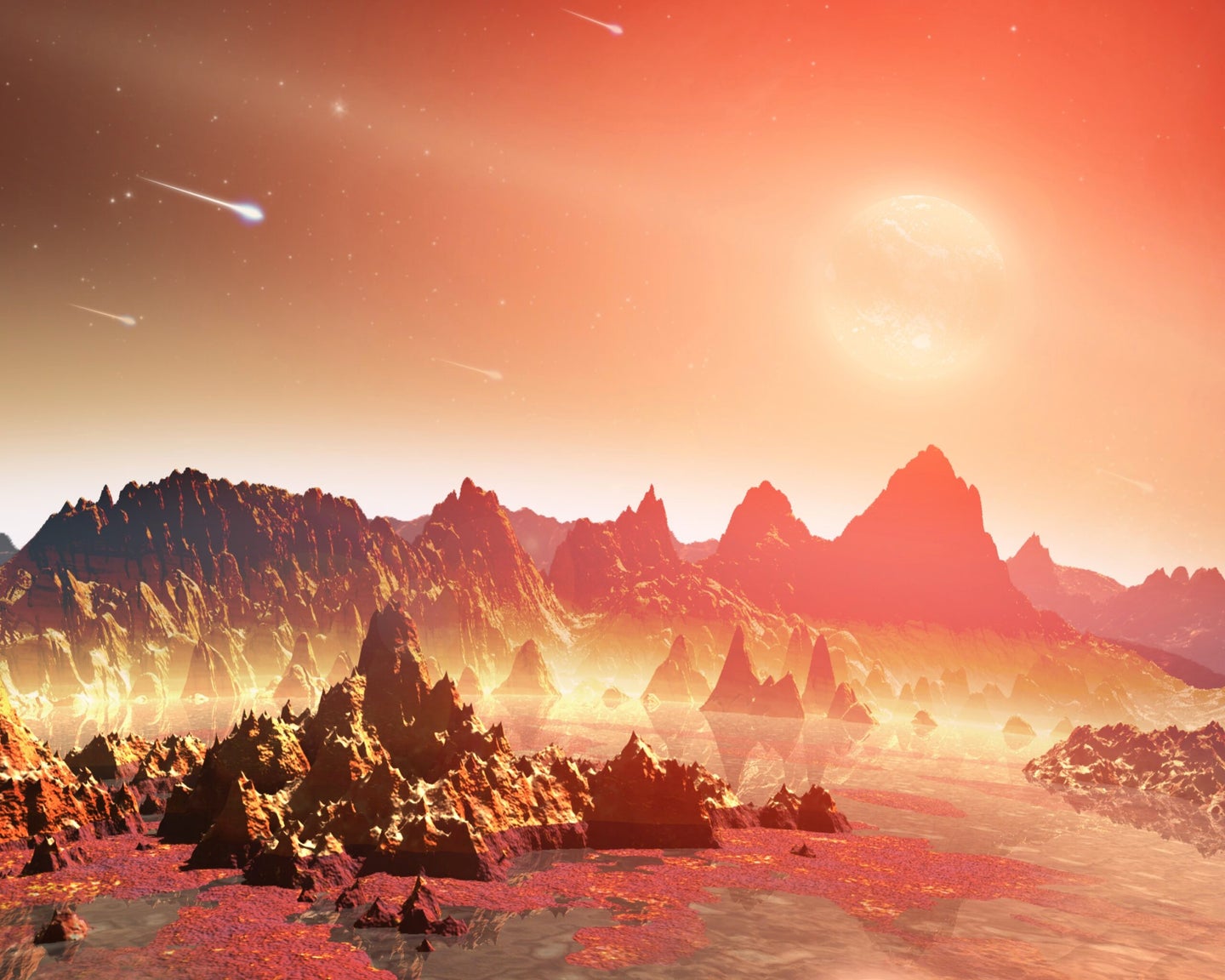 This artist's conception of a young, pre-biotic planet shows liquids pooling at the base of rocks. NASA/JPL-Caltech
SHARE

In the early 1950s, a chemist named Stanley Miller mixed up a bunch of gases including methane, ammonia and hydrogen. That’s kind of stuff that had been on Earth before life began. Miller zapped those gases with electricity, mimicking the lightning that would have also been abundant on an early Earth. After the zap, Miller found the gases transformed into a soupy brown liquid rich with amino acids—the molecules that, when snapped together, make proteins.

Miller’s experiment was the first to show, in a lab, that chemicals could lead to biological molecules … and perhaps, with some further steps, to life. His experiment has been tweaked since then—for example, with different starting chemicals—as scientists’ understanding of the early Earth evolved. Miller-like experiments have led to the creation of sugars and DNA building blocks from primordial chemicals. Pretty cool.

One thing that hasn’t been studied much is what exactly occurs during the zap, and in the picoseconds afterward. Which atoms are interacting? What reactions turn simple gases into biological molecules? One new study claims to have some answers.

Two researchers from France used a computer model to track the fates of just a few dozen early-Earth molecules as they’re exposed to electric fields of increasing strength. The model was kind of a simplified Miller experiment, reimagined for the modern age. (The kind of computing power the model required wasn’t yet available in the 1950s.)

Among other things, the model tracked the formation of intermediate molecules that eventually turned into glycine, a simple amino acid that often shows up in Miller-type experiments. Before the gases made glycine, they first made organic chemicals including formic acid and formamide, the model found. In their paper in Proceedings of the National Academy of Sciences, the scientists suggest that astronomers could look for these molecules on other planets and solar systems. They could be signs of the kinds of reactions that led to life on Earth.