A protective pheromone released in their tears keeps adult males from getting frisky with the too-young. 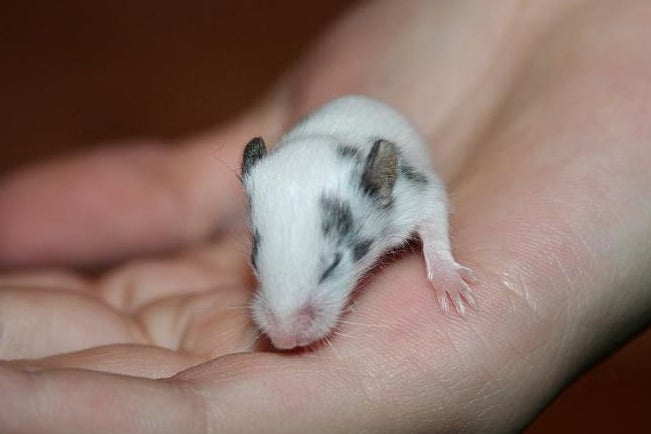 Unlike humans, mice don’t have laws or social customs to govern who they mate with. Nor can a mouse ask a potential partner about her age. So how do mice know that their potential mate is acceptably adult?

Through tears, according to a study led by Harvard Medical School. A certain pheromone called the exocrine-gland secreting peptide 22, or ESP22, is only found in the tears of juvenile mice, around 2 or 3 weeks old, the researchers observed, and stops being released after around 4 weeks, when the mouse reaches puberty. This chemical signal allows other mice to recognize that a young mouse is not quite mature enough to get frisky with.

“These findings provide a molecular framework for understanding how a sensory system can regulate behaviour,” the authors write.

They found ESP22 activated the limbic system in the brains of other mice, a region involved in the instincts for sexual behavior as well as aggression. In tests, adult male mice showed increased sexual behavior toward young mice (male and female) when there was something wrong with their vomeronasal organ, the sensory organ in the nose which detects pheromones, or when the young mice had been genetically altered to not produce ESP22. This included “vigorous mounting behaviour” from the older males, according to the paper. If the ESP22-deficient juvenile mice had the pheromone painted on them, it acted as a kind of shield–the randy adult mice were less apt to try to mount them.

The study appears in Nature today.