88 percent of kids in this study were able to eat 5 peanuts after the treatment. 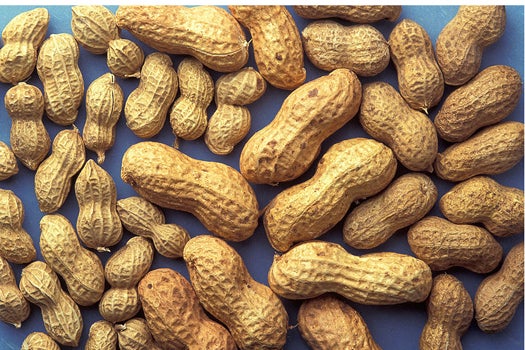 A peanut allergy is not just annoying; it can be deadly. But there may be some hope for this affliction, the most common severe food allergy.

In a new study, researchers gave 85 kids a tiny amount of peanut protein, and then gradually ramped up that amount over the course of six months. At the end of that period, 88 percent of them could tolerate eating the equivalent of five peanuts without suffering an allergic reaction. And 58 percent could eat the equivalent of 10 peanuts without incident. The study consisted of two six-month periods; in the first span, half the kids were first given a placebo. None of them became tolerant to peanuts, showing the study results weren’t due to the placebo effect.

One of the study authors, Andrew Clark, told The Guardian that it dramatically transformed some of the kids’ lives. “This treatment allowed children with all severities of peanut allergy to eat large quantities of peanuts, well above the levels found in contaminated snacks and meals, freeing them and their parents from the fear of a potentially life-threatening allergic reaction,” he said.

Others warned that, although it was promising, it shouldn’t yet be considered a cure, and definitely shouldn’t be tried at home. “This is a really important research step in trying to improve our management of peanut allergy, but is not yet ready for use in clinical practice,” Gideon Lack, who is running a peanut allergy trial at the Evelina Children’s Hospital in London, told the BBC. “We need a proper risk assessment to be done to ensure we will not make life more dangerous for these children.”

The study was published online today (Jan. 30) in The Lancet.