Planet Without A Star Found 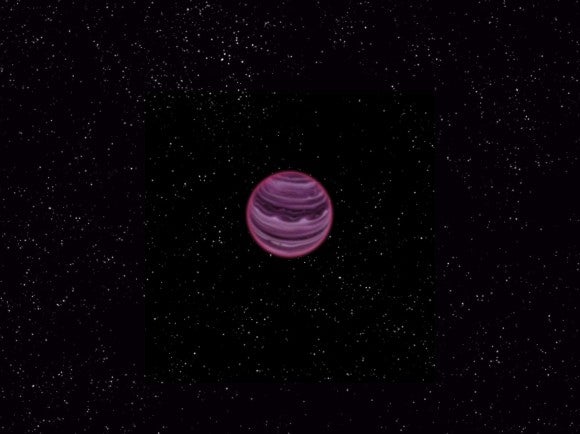 The planetary world keeps getting stranger. Scientists have found free-floating planets — drifting alone, away from stars — before. But the “newborn” PSO J318.5-22 (only 12 million years old) shows properties similar to other young planets around young stars, even though there is no star nearby the planet.

“We have never before seen an object free-floating in space that that looks like this. It has all the characteristics of young planets found around other stars, but it is drifting out there all alone,” stated team leader Michael Liu, who is with the Institute for Astronomy at the University of Hawaii at Manoa. “I had often wondered if such solitary objects exist, and now we know they do.”

The planet is about 80 light-years from Earth, which is quite close, and is part of a star group named after Beta Pictoris that also came together about 12 million years ago. There is a planet in orbit around Beta Pictoris itself, but PSO J318.5-22 has a lower mass and likely had a different formation scenario, the researchers said.

Astronomers uncovered the planet, which is six times the mass of Jupiter, while looking for brown dwarfs or “failed stars.” PSO J318.5-22′s ultra-red color stood apart from the other objects in the survey, astronomers said.

The telescope was identified in the Pan-STARRS 1 wide-field survey telescope in Maui. Follow-up observations were performed with several other Hawaii-based telescopes, including the NASA Infrared Telescope Facility, the Gemini North Telescope, and the Canada-France-Hawaii Telescope.

The discovery will soon be detailed in Astrophysical Letters, but for now you can read the prepublished verison on Arxiv.

Source: Institute for Astronomy at the University of Hawaii