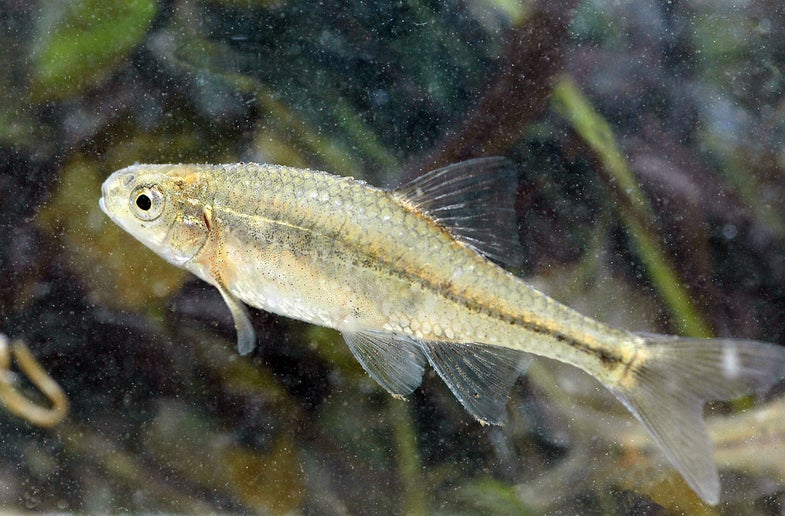 In 1993, a small minnow named the Oregon chub was listed as endangered. At that time, it was only found in eight areas, with a total population of about 1,000. But now the fish has multiplied, thanks to protections put in place by state and local government and residents. Today (Feb. 4) the U.S. Fish and Wildlife Service proposed removing it from the list of endangered and threatened wildlife under the Endangered Species Act; its population now stands at more than 150,000 fish in 80 locations. It would be the first fish to swim its way off the endangered list.

So far, 26 species have successfully recovered and been removed from the list since it was created 40 years ago.

“While the chub isn’t an iconic fish species that many think about… it is a very important part of the ecosystem and indicator of good water quality and ecosystem health,” said Paul Henson, with the Oregon Fish and Wildlife Office, in a statement. “By successfully recovering the chub, we’re helping many iconic wildlife species and improving the watershed for all Oregonians.”

The Oregon chub is threatened by habitat loss and nonnative fish. Over the past 20 years, these threats have been lessened “through collaborative partnerships to restore and acquire habitat, promote natural water flows, and conduct education and outreach to local landowners and residents; efforts that were accompanied by the reintroduction of chub into historical habitat,” according to the Fish and Wildlife Service.

The animals are found “in slack water off-channel habitats such as beaver ponds, oxbows, side channels, backwater sloughs, low gradient tributaries, and flooded marshes” in western Oregon’s Willamette River Valley, according to the agency.

Hooray for you, little fish. Enjoy those oxbows!