New Test Could Diagnose Asthma With A Single Drop Of Blood

The test works by gauging the speed of white blood cells. 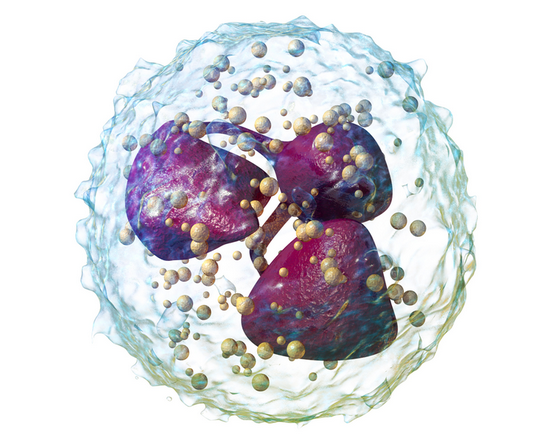 While some symptoms of asthma, like wheezing, are obvious, a diagnosis of asthma is not always clear cut, especially if they don’t occur when patients are with their doctors, and involve trials of lung function and tests for allergies. But one new test could possibly diagnose asthma with a single drop of blood.

In the study, researchers found that neutrophils, a type of white blood cell, of asthmatics move more slowly than the cells of those without asthma. The scientists have created a micro-fluidic, handheld device that can test how quickly these neutrophils migrate toward the source of inflammation; these white blood cells move toward wounds in the body, for example, and help start the healing process. But neutrophils of asthmatics, like Piggy in Lord of the Flies, are sluggish. Sucks to your ass-mar, neutros.

Previously it was impractical to use neutrophils, as it required a fair amount of blood, according to a statement from the University of Wisconsin, from which some of the researchers hail. But the new device, which is made of cheap plastic, can detect the speed at which the white blood cells are moving, and then automatically come up with a diagnosis. “The device can sort neutrophils from a drop of whole blood within minutes, and was used in a clinical setting to characterize asthmatic and non-asthmatic patients,” the researchers wrote in the study, published in _Proceedings of the National Academy of Sciences._

If the device works, it could have wide application. The CDC says the number of Americans diagnosed with asthma increased by 4.3 million from 2001 to 2009, and the condition now affects more than 300 million people worldwide.