Forensic anthropologists get some digital help for their work. 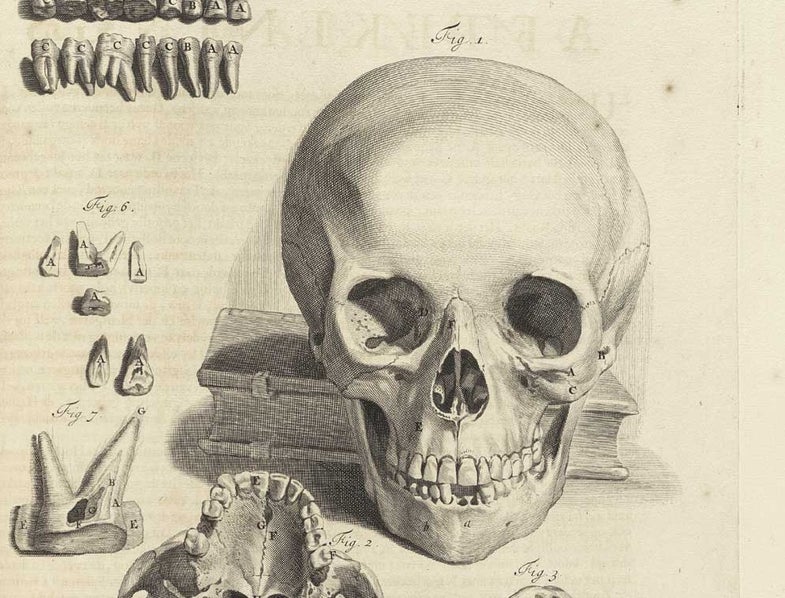 Drawing by Govard Bidloo, published in 1690. Image made available online by the National Libraries of Medicine.
SHARE

If you’ve ever seen a lot of skulls together—say, at the Mütter Museum in Philadelphia—you know they look as varied as fully-fleshed faces do. There are big ones and little ones, narrow ones and squat ones, and ones with differently shaped eye sockets, foreheads and mouth openings. I know that’s not exactly shocking, but I still remember my surprise during my own visit to the Mütter. I was so accustomed to seeing roughly the same shape in Halloween costumes and prints.

In fact, skulls vary enough that forensic scientists are able to use them to identify remains that may not have any fabric or soft tissue associated with them anymore, The Week reports. The Week looked at a new piece of software in forensics, called 3D-ID, that takes 3-D scans of skulls, compares the scans to its own database of skulls, and makes detailed IDs:

Of course, forensic anthropologists have long been able to figure out a person’s gender and race from different measurements on skulls. 3D-ID is a tool to help those scientists measure and compare 3-D shapes more quickly and easily.