The same receptors also detect pain from heat, strong acids, and inflammation. Is that why habaneros taste like burning? 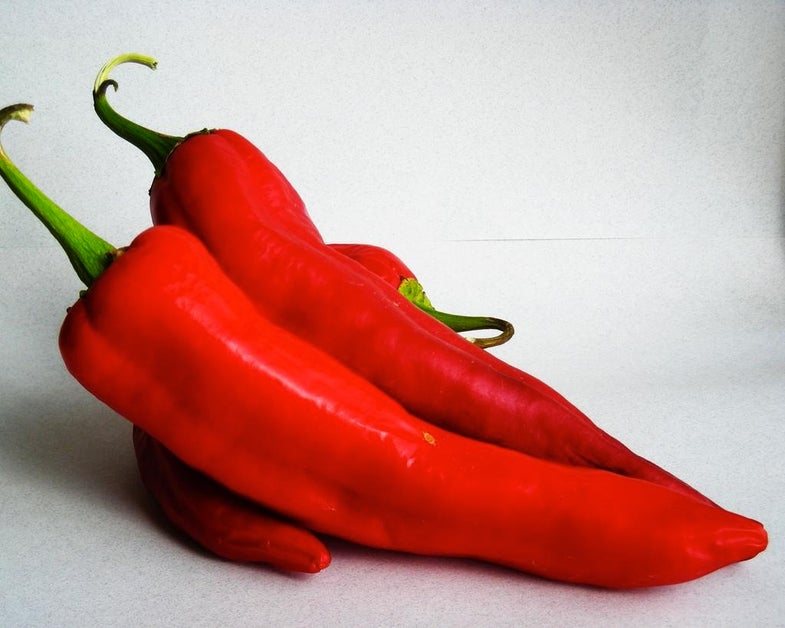 Compound 37 is an early-stage, experimental painkiller drug… that works by incapacitating the protein that makes chiles taste spicy. The protein, TRPV1, appears in human nerves. In addition to sensing capsaicin, the spicy-pepper molecule, TRPV1 also senses pain from heat, strong acids, and molecules associated with tissue inflammation, like the inflammation that happens in certain types of arthritis and in irritable bowel syndrome. Very interesting, TRPV1, very interesting.

Other research groups have tried to make drugs from a few different chemicals that interact with the TRPV1 protein. They’ve even tested the drugs in humans. So far, researchers have found the drugs have side effects even at low doses. One candidate TRPV1-inactivator raises people’s body temperatures. Another candidate makes people less sensitive to heat, which might be dangerous; people taking the drug could accidentally burn themselves sipping hot tea or taking a hot shower.

The creators of Compound 37, a team including researchers from pharmaceutical companies in the U.S. and Japan, tested 37 in rats for these side effects. They also tested 37’s effectiveness by applying it, along with capsaicin, to cells grown in lab. The companies now plan to test Compound 37 in small human trials, in which people will get low doses of the drug to see if it has harsh side effects. The researchers published their work last month in the Journal of Medicinal Chemistry.