The maps reveal the extent of the disease. 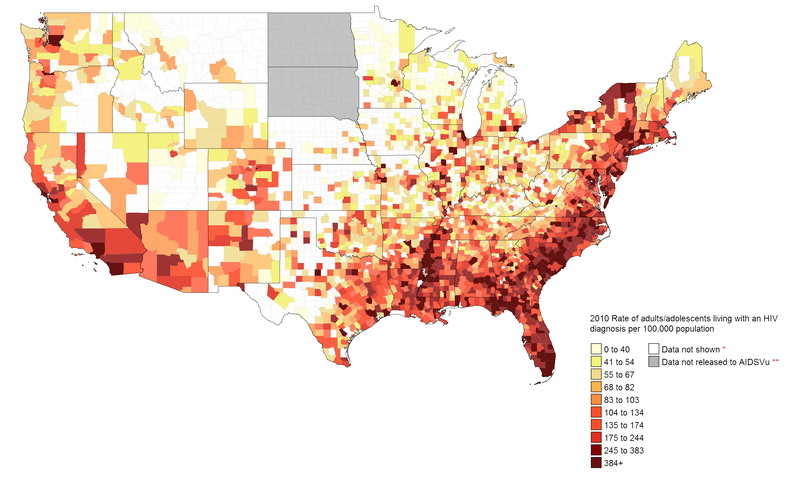 To mark National HIV Testing Day, a group called AIDSvu has released 33 new highly detailed maps of HIV in the United States. The maps take information from the CDC and other health agencies, and present an incredible, granular look at the epidemic. Formed four years ago, the group releases a new round of maps every year, as new data becomes available.

The maps “allow users to drill down to the ZIP code level, which is an unprecedented look at how the disease is affecting our communities,” said the group’s principal researcher, Dr. Patrick Sullivan. 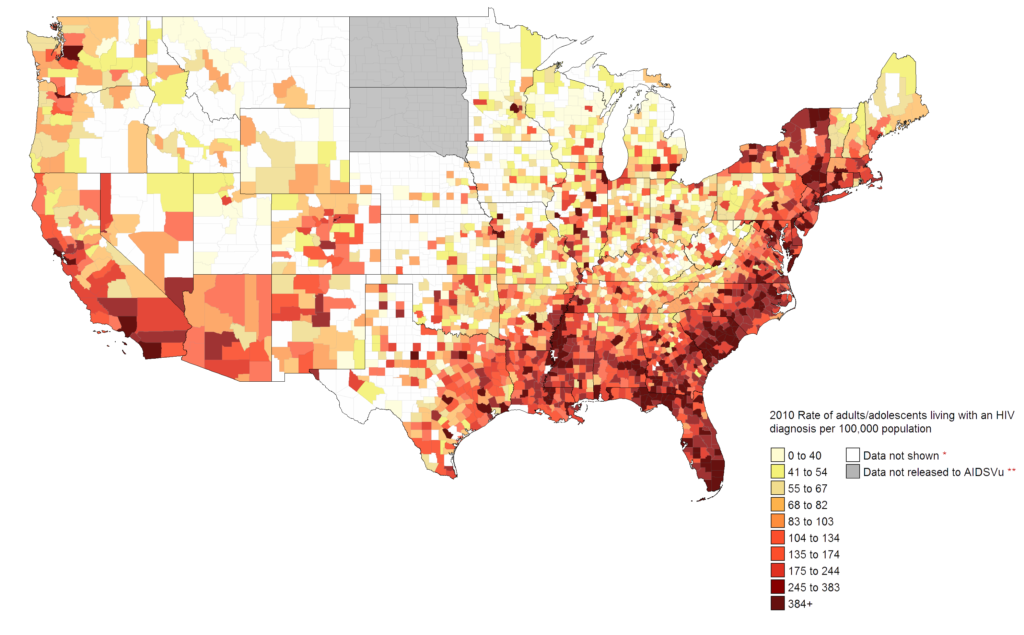 The darker areas on the map represent higher HIV rates. Areas with a rate between 0 and 40 per 100,000 people appear beige, while the darkest reds indicate a rate of 384 or more diagnoses per 100,000 people (as seen in much of the South). Areas colored white had populations too low for accurate numbers, or to protect people’s privacy.

There is a strong link between poverty and HIV rates. Consider this map of Chicago: 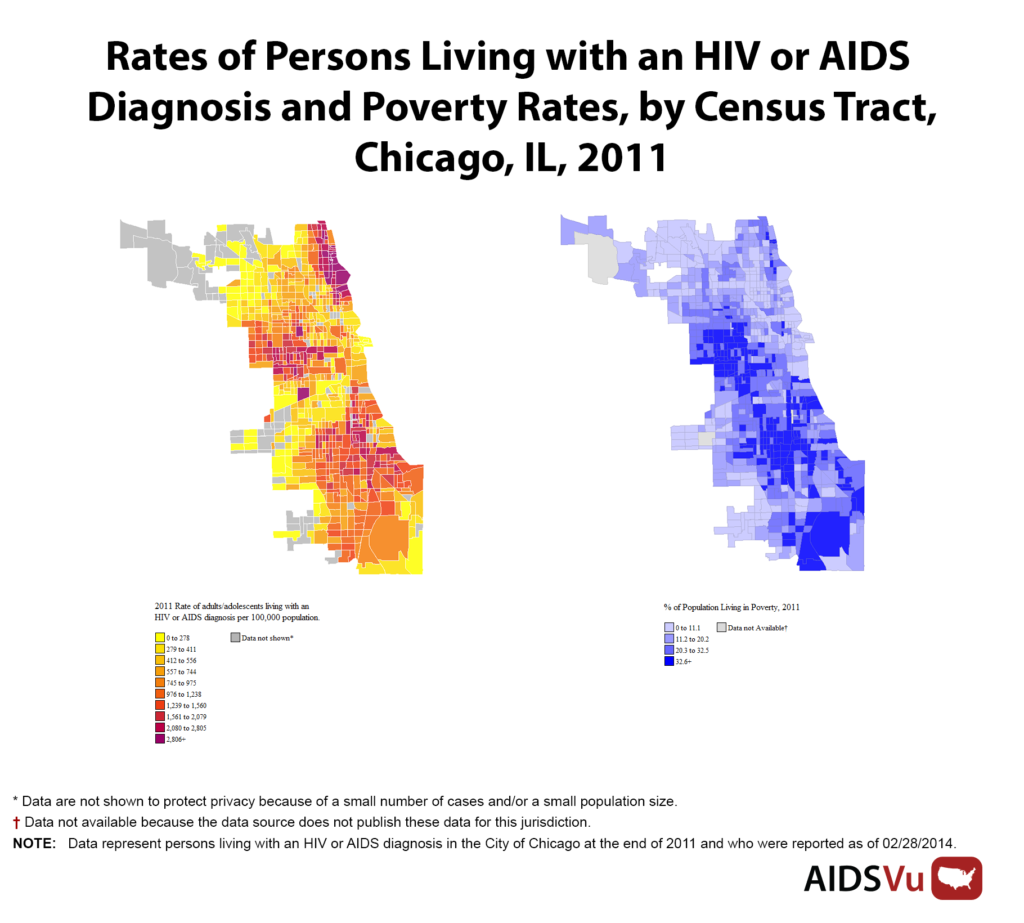 And the same thing for Washington D.C.: 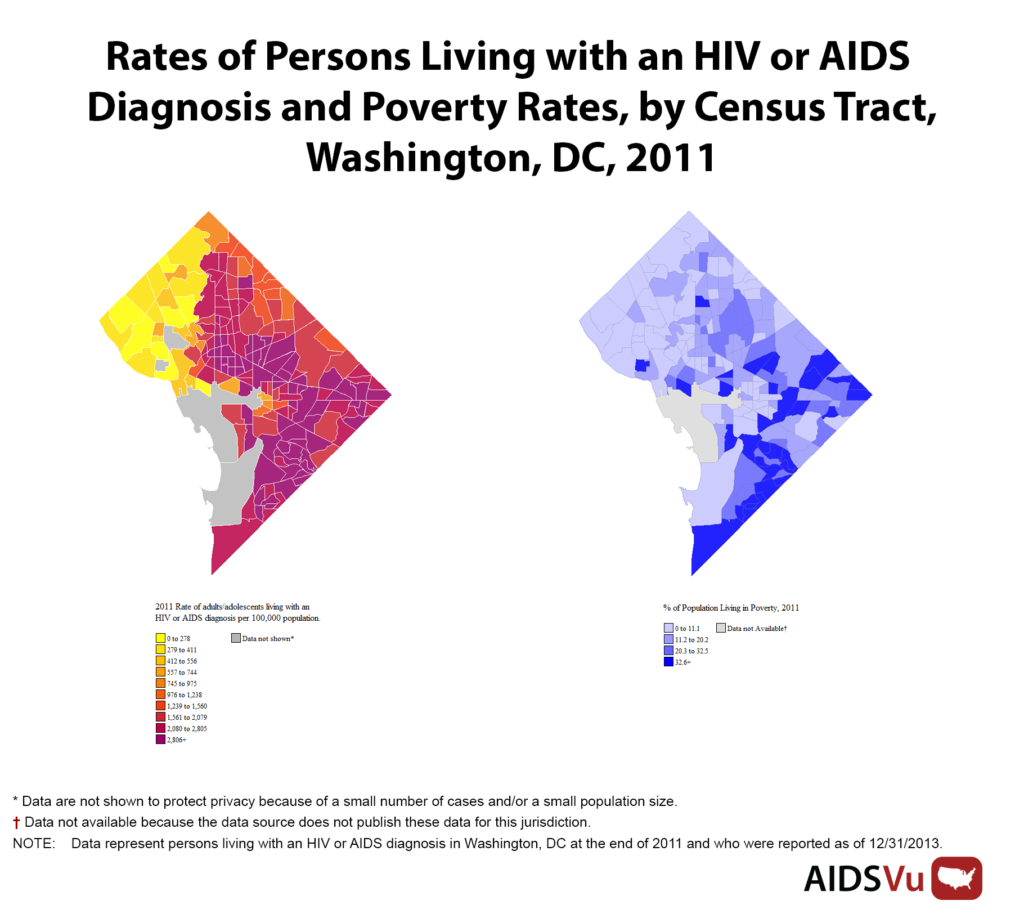 You can find the maps yourself here, and here’s a longer article about the AIDSvu project Popular Science did last year. And in honor of the day, get yourself tested for HIV.