NASA’s MAVEN Mission Is Saved From The Government Shutdown 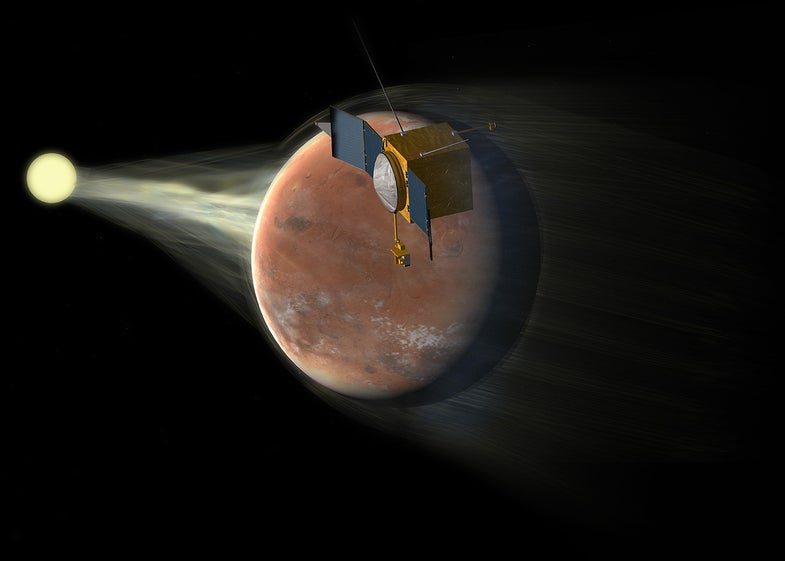 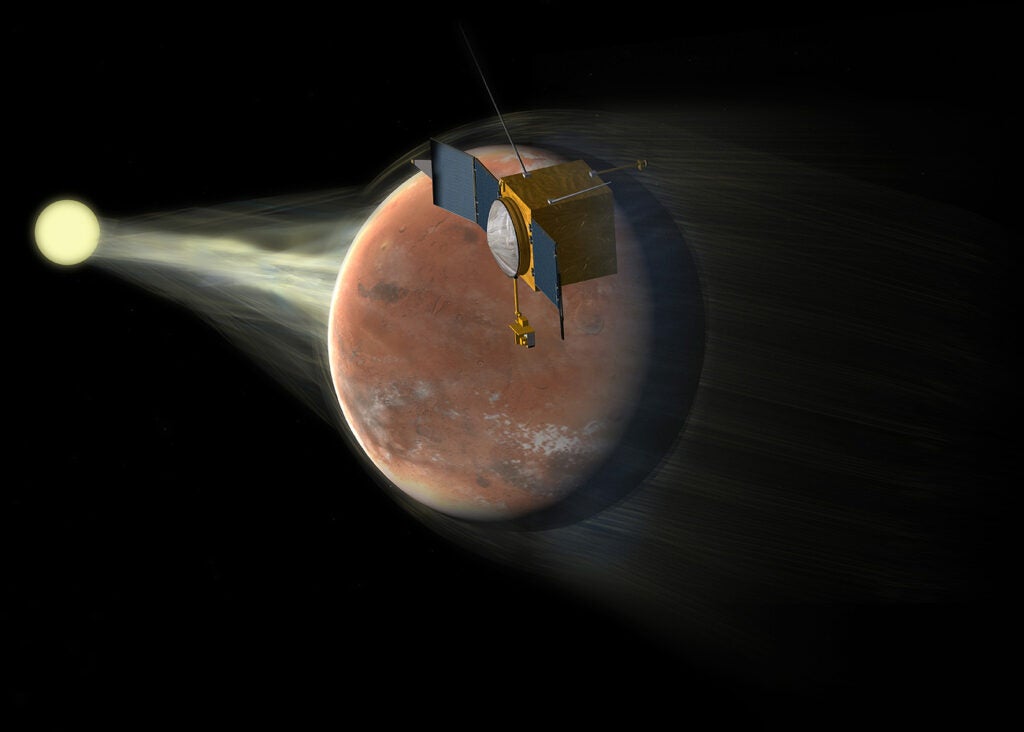 Although 97 percent of NASA employees have been put on furlough, there’s at least one silver lining for space exploration: the MAVEN Mars orbiter, originally slated for shutdown, has been saved.

MAVEN, a Mars satellite, was complete, loaded, and set for launch on November 18 when Congress failed to pass a new budget, sending the government into emergency mode and canning all “non-essential” government activities. That included the MAVEN mission, although there were several reasons to keep the launch moving ahead: if NASA missed its launch window–November 18 to December 7, or December 15 at the absolute latest–the next optimal launch time wouldn’t be until 2016. Even then, conditions wouldn’t be as prime as they’ll be this November. Thankfully, MAVEN mission head Bruce Jakosky wrote in an email to Popular Science​ that NASA chiefs reviewed the terms of the Anti-Deficiency Act, the law that puts the government on shutdown, and determined yesterday that MAVEN qualifies for an “emergency exception.”

MAVEN will study the Martian atmosphere as it orbits the red planet. If the orbiter launches soon, it will line up with the best conditions in the sun’s 11-year solar cycle, when interfering solar activity is at its lowest. But MAVEN’s secondary purpose is what earned it the exception: lending a hand to the rovers Curiosity and Opportunity. The orbiter will act as a communications relay, beaming back data that the rovers collect. Right now, there are two orbiters, Mars Odyssey and Mars Reconnaissance Orbiter, but if those orbiters were to break down (a real possibilty, considering they were launched in 2001 and 2005, and have already gone beyond their expected lifespans), then scientists might not be able to stay in touch.

Jakosky wrote in the email to Popular Science: