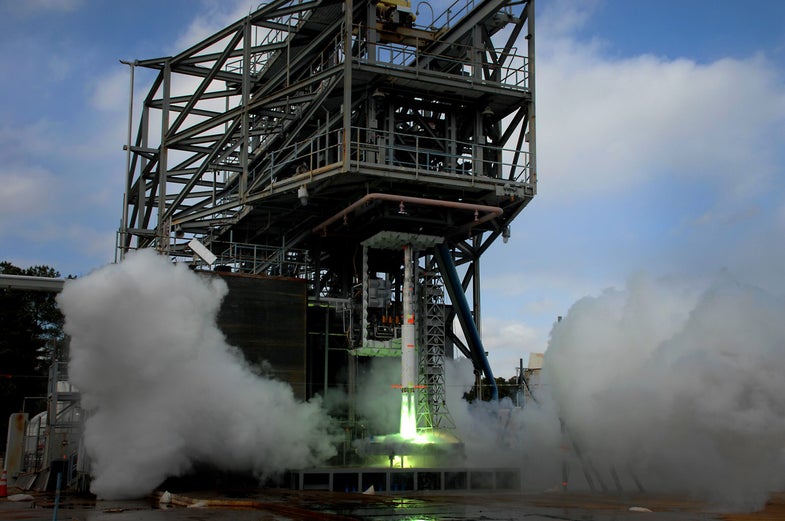 NASA’s Space Launch System will have some pretty strong engines. As a result, the engines produce enormously loud sounds. The SLS is slated to be the most powerful rocket in history. The heavy-lift launch vehicle is set to carry the Orion capsule beyond low-Earth orbit and into deeper space exploration.

This month at the Marshall Space Flight Center in Alabama, engineers have begun testing a 5 percent scale model of the rocket on a similarly scaled launcher to understand more about how high and low frequencies affect it—and the crew.

Engineers have created a sound suppression system for the SLS, and the data gathered in this testing will help verify the design. At Kennedy Space Center in Florida, the test subject is water: giant nozzles release 45,000 gallons of water seconds before the boosters ignite. Water is the main sound suppressing component, as it protects the rocket and those inside of it from acoustic energy damage by helping to block the reflected acoustic pressure.

The full-sized rocket will undergo acoustic testing later this year.

You can get an idea of the amount of noise coming from this rocket in the video below: