And one has already been killed. 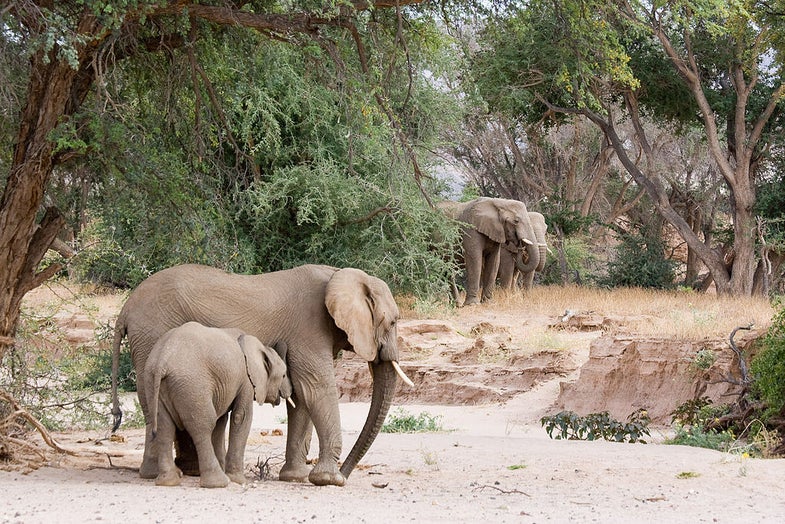 Poaching threatens the continued survival of African elephants, with 30,000 to 38,000 animals killed every year. This activity is typically illegal. In a concerning move, the country of Namibia (in southwest Africa) has now issued nine permits to hunt desert elephants, of which perhaps only 100 remain, according to the Conservation Action Trust. The permits are for shooting adult males–and the trust estimate there are only 18 of these bulls remaining. In other words, the move could wipe out half of them.

Namibia’s environment and tourism ministry, however, claims that there are 600 desert elephants left, and that the desert population is no different from the country’s other groups of African elephants. So, no big deal.

But conservationists–and scientists–disagree, as John Platt writes at Scientific American:

The first of these permits was already executed, when hunters shot a “virile young male elephant” on June 21.