Mysterious Kawasaki Disease May Be Carried By The Wind

The researchers say it could be caused by a type of fungal toxin. 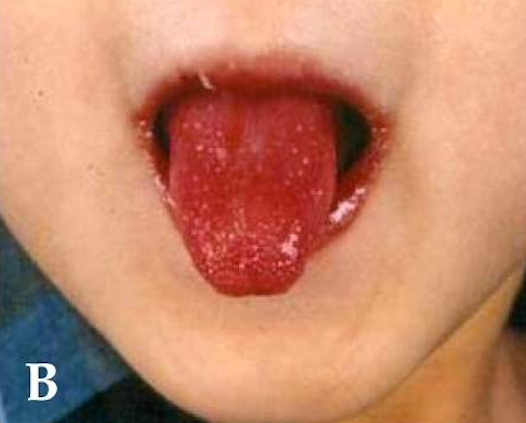 Kawasaki disease afflicts about 12,000 children per year in Japan. It causes rash and a swollen tongue, and often a high fever. When severe and untreated it can cause swelling of the arteries, which can lead to aneurysms and heart attacks and death. For 40 years researchers haven’t been able to find a cause, but new research shows that whatever is behind Kawasaki disease, it’s blowing in from Northeast China. The disease can also be found in South Korea and the United States, where air from this region of China can reach in a relatively short period of time.

In the study, published in the Proceedings of the National Academy of Sciences, scientists found that during the worst outbreaks in Japan, the wind blew in from an agricultural region of Northeast China. Kids came down with the disease within six hours to two days of the shift in winds (and fortunes), suggesting that it isn’t some sort of infectious disease, as has been theorized. If it were infectious, the researchers wrote, they wouldn’t expect such a quick incubation period, and the kids would be unlikely to come down with symptoms at roughtly the same time, as has been observed.

When sampling the air during flights over the region, scientists detected species of the fungus Candida blown in on the wind. Candida known to cause several common human infections and causes symptoms similar to Kawasaki disease in mice, Science Magazine noted. The scientists don’t know for sure if this is the cause, but they think that it is likely something coming from this region.