Mars One Narrows List Of Wannabe Martians For 2025 Colony

A private company hoping to populate Mars has narrowed its applicant pool by 99.5 percent. Here's a by-the-numbers look at the remaining 1,058 applicants. 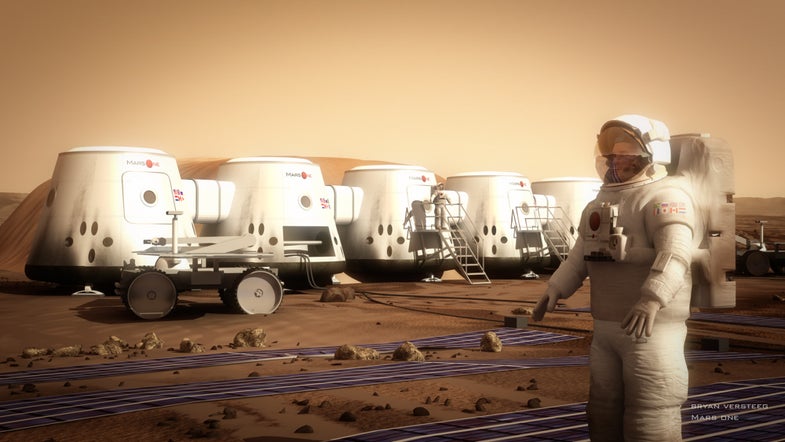 The number of Earthlings looking at a potential one-way ticket to Mars has just shrunk by 99.5 percent.

People started applying for a voyage to the red planet in April 2013 through Mars One, a Netherlands-based private venture that wants to land humans there by 2025. By the time the company stopped taking applications, more than 200,000 people had submitted one. Today, Mars One announced that it’s made a short(er) list of 1,058 applicants.

Here’s what the numbers tell us about Mars’ potential future inhabitants::

The defining moment for Mars One will be selecting its crew (or crews) for a 2025 voyage, but the news does bring a private mission to the red planet one step closer to reality. A bigger step occurred earlier this month, when Mars One announced a contract with Lockheed Martin to craft a design concept for a robotic lander. Its goal: to find and prepare a landing site for the first human visitors to Mars.