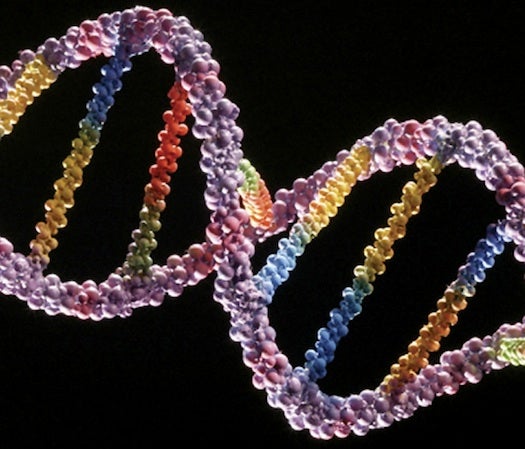 Quest Diagnostics’ BRCAdvantage test will check if patients have the riskier variants of the BRCA1 and BRCA2 genes, which are associated with hereditary breast, ovarian and other cancers. Myriad Genetics used to hold patents on BRCA1 and BRCA2, preventing others from isolating them in a sample of human blood, a necessary step for a risk test. The availability of the new test answers some of the major questions experts had after the Supreme Court ruling: Will breast cancer gene testing get cheaper? (Yes, as expected.) Will Myriad Genetics’ other patents slow the development of competing tests? (Maybe. There are several lawsuits going on right now.)

Quest Diagnostics wasn’t the first to come out with a BRCA1 and BRCA2 test in the aftermath of this summer’s Supreme Court ruling. Smaller companies and university labs had tests ready almost immediately afterward, The New York Times reported. But Quest is big—you may have seen its sun-like logo before, at the top of your own doctor-ordered lab tests—so it’s more likely to affect Myriad’s business, The Wall Street Journal reports.

BRCAdvantage will cost about $2,500 without insurance, instead of the $3,000 or more that Myriad Genetics charged. Experts had long guessed that competition would make breast-cancer-gene tests less costly.

Myriad Genetics is not letting all this happen quietly, however. It sued two smaller companies, Ambry Genetics and Gene by Gene, after they developed breast cancer gene tests. Myriad wants the companies to stop providing BRCA tests until the suit is settled, The Wall Street Journal reports.