For the community of Pāhoa, Hawaii, the lava game is a bit more serious than just avoiding the floor 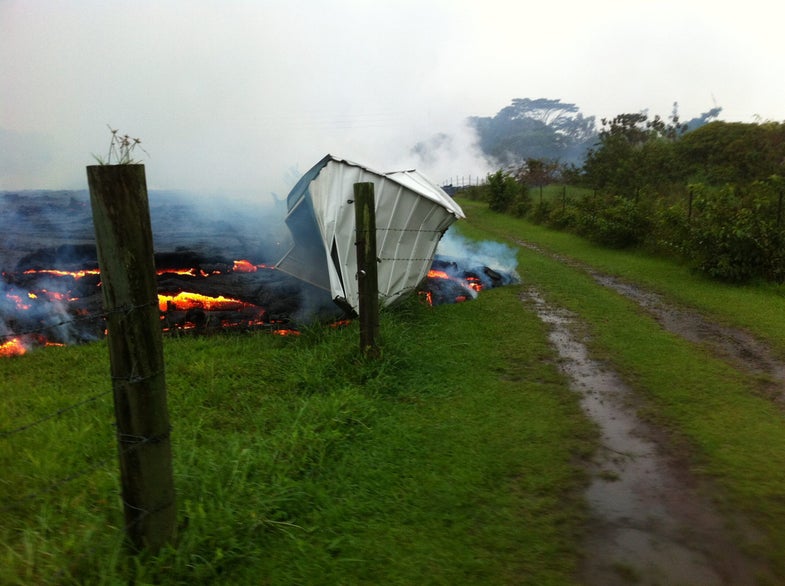 A shed is consumed by the lava flow on October 25. USGS/Hawaiian Volcano Observatory
SHARE 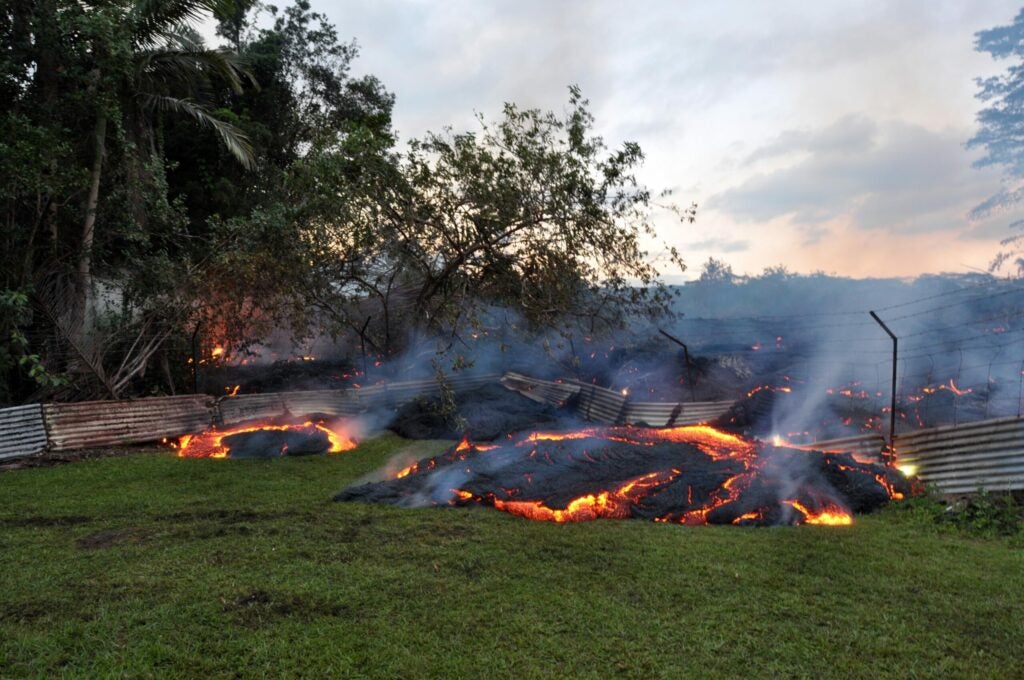 Lava overruns a fence on October 28

Compared to most natural disasters, a lava invasion does not move all that fast. Nowhere is that more evident than the small Hawaiian community of Pāhoa, where a lava flow has been approaching the town since June 27. Now, the lava has finally arrived on the outskirts of town, overrunning private property. In the picture above, the lava behind the fence is chest-high. Geologists are keeping a close eye on the progress of the flow, which currently seems to be headed straight for Pāhoa Village Road, one of the village’s main streets, and beyond that, for Highway 130, a traffic artery travelled by 10,000 cars a day. It’s already crossed over one road, Cemetery Road, and a cemetery (presumably the road’s namesake). 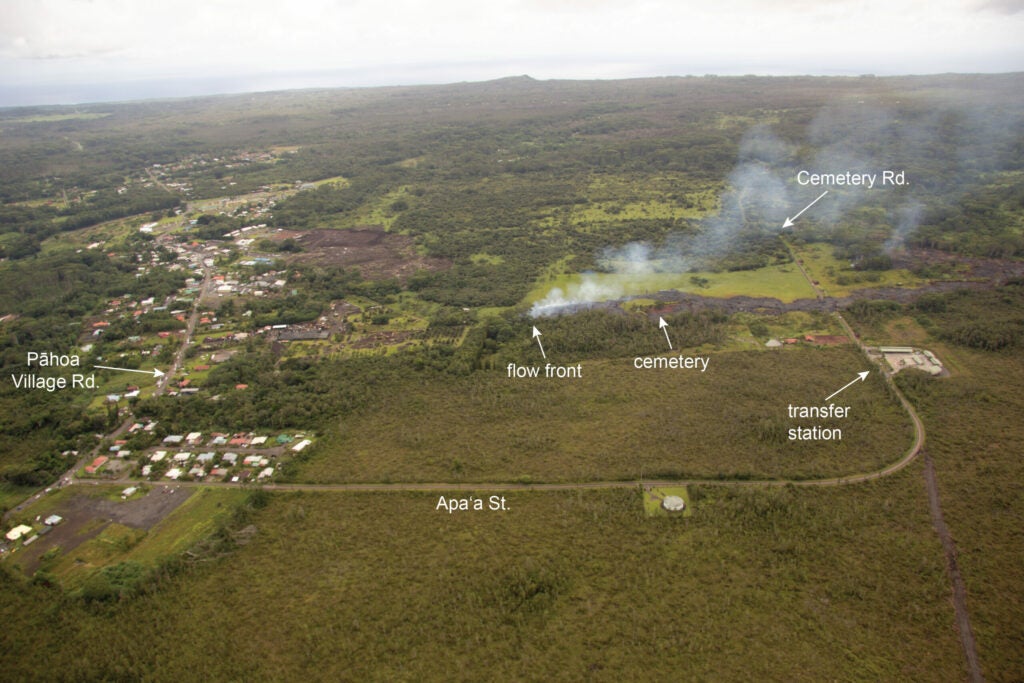 An annotated photograph showing the progress of the lava flow at 11:30 am on October 27

The flow is advancing at 48 feet/hour (approximately 0.009 miles/hour). Many people living in the path of the lava have evacuated their homes, school has been cancelled, and workers have constructed temporary access roads that could help manage traffic in the event that the lava overruns Highway 130. 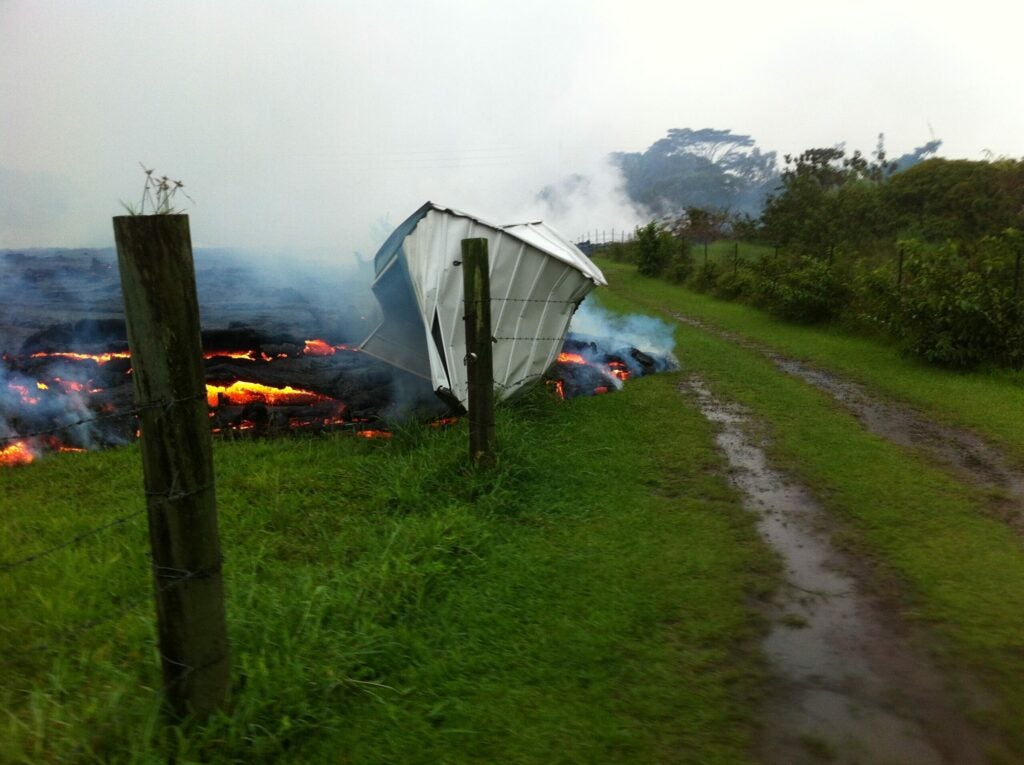