The Polarstern plows through frigid waters to study climate change 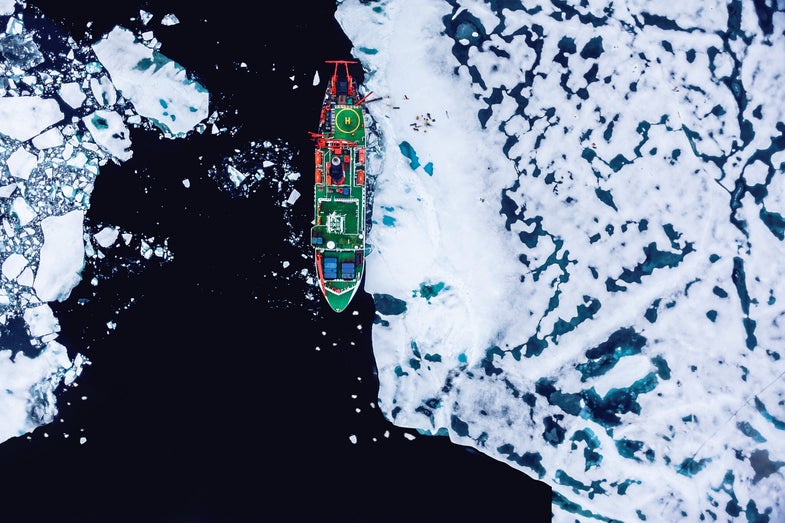 To get a grip on climate change, researchers must go to where it’s changing fastest. Even in winter’s deep freeze, this 387-foot steel vessel pulverizes ice floes to study greenhouse gas concentrations and ice melt at the poles. “Polarstern is able to take scientists to fantastic environments where other ships can’t,” says scientific coordinator Rainer Knust. Three decades of data from the icebreaker’s expeditions help climatologists better understand and predict rates of change. In October, the ship will shove off with a new underwater drill capable of exploring the geology 250 feet below the Antarctic seafloor.

4.92: Thickness, in feet, of ice it can break through while maintaining a speed of 5.8 mph. (It can get through thicker ice by ramming.)

1,620,000: Miles Polarstern has traveled in its lifetime, equivalent to 67 circumnavigations of Earth