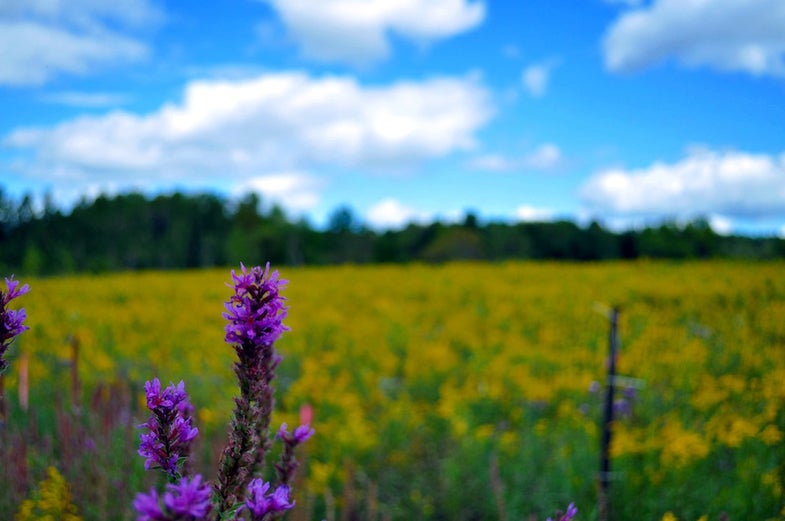 Don’t let its frilly flowers fool you. Purple loosestrife is a survivor. This plant is an invasive species in North America and it’s made good use of the 50 years since it was first introduced to the U.S. East Coast, according to a new study. The plant has actually evolved to better reproduce in the variety of climates to which it has spread, the study found.

Scientists often think that invasive plants succeed in a habitat because they happened to have already evolved favorable traits—a taste for the local soil, for example, or resistance to local pests. This research shows something different. It found that once relocated, a plant is able to continue to evolve rapidly to conquer its new habitat.

Two biologists from the University of Toronto and the University of British Columbia did an experiment to demonstrate that purple loosestrife living in different parts of the continent is adapted to its environment. They gathered purple loosestrife from the northern and southern regions of its range, then transplanted the northerners south, and the southerners north.

The researchers, Robert Colautti and Spencer Barrett, found purple loosestrife produced fewer fruits the farther away it was from its original habitat. That indicated that the plants’ differences were adapted to their environments. Northern purple loosestrife has to deal with a shorter growing season, so it blooms early in the spring to take advantage of as much time as possible. Compared to southern loosestrife grown in the north, it can produce up to 37 times as many fruits. But because it blooms later, southern loosestrife can grow bigger. In the southern U.S., where the growing season is long, southern-adapted loosestrife makes nine times as many fruits as northern-adapted loosestrife.

By looking at other studies of the plant, Colautti and Barrett also found that purple loosestrife’s blooming time and size adaptions were at least as important to its survival as the lack of natural predators in its new environment.

The pair published their work yesterday in the journal Science.