A survey of the past year's papers demonstrates that the science is in on global warming. 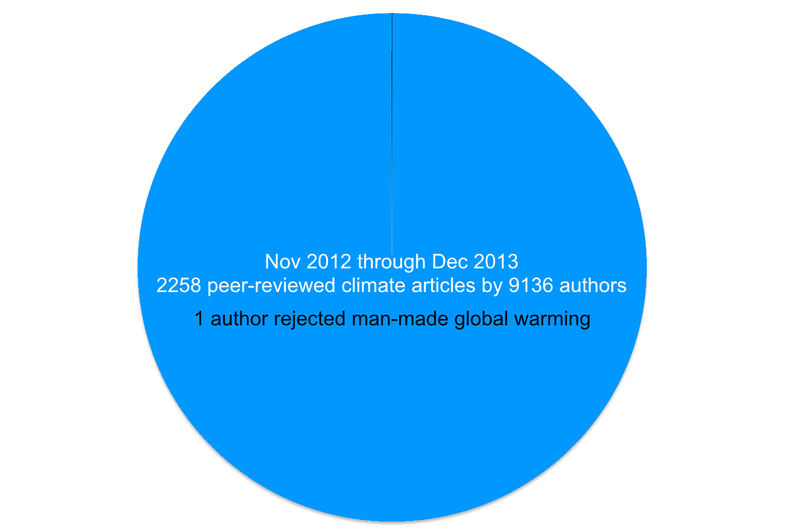 The next time you hear someone dispute that human activity is destabilizing our climate, remember this pie chart.

It represents geochemist James Lawrence Powell’s review of 2,258 peer-reviewed scientific articles about climate change, written by 9,136 authors, published between Nov. 12, 2012 and December 31, 2013. Of all those hundreds of papers and thousands of researchers, Powell found one article, authored by a single scientist, that attributed climate change to something other than human actions: “The Role of Solar Activity in Global Warming,” by S.V. Avakyan, appearing in the Herald of the Russian Academy of Science, Vol. 83, No. 3.

Powell, a past president of Oberlin, Franklin and Marshall, and Reed colleges, invites anyone to reproduce his survey of the science:

Anyone can repeat as much of the new study as they wish–all of it if they like. Download an Excel database of the 2,258 articles here. It includes the title, document number, and Web of Science accession number. Scan the titles to identify articles that might reject man-made global warming. Then use the DOI or WoS accession number to find and read the abstracts of those articles, and where necessary, the entire article. If you find any candidates that I missed, please email me here.

Powell’s earlier survey of peer-reviewed studies published between 1991 and Nov. 12, 2013, resulted in this pie chart: 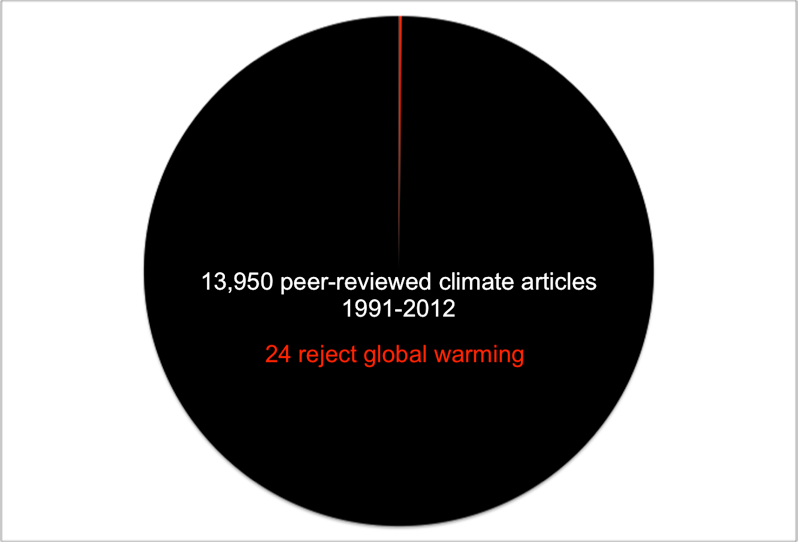