Infographic: A Catalog Of Interplanetary Firsts

You never forget your first time. 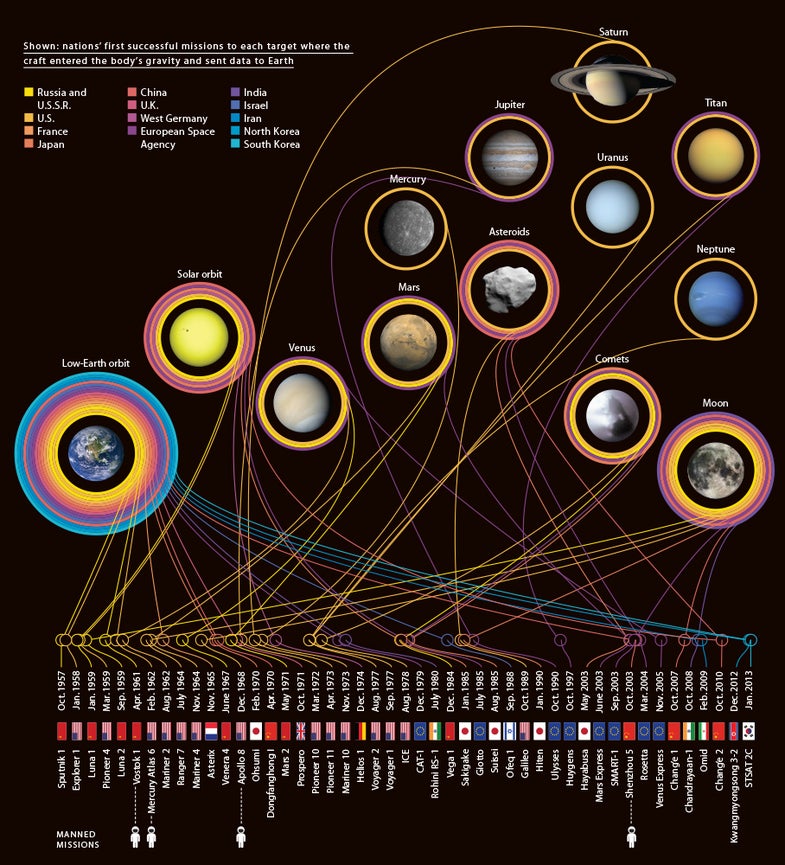 The U.S. is still the only country that’s sent people to the moon, but more nations are steadily joining us in space. South Korea sent up its first satellite last year. In the fall, India launched a probe that could make it the fourth country to Mars. All told, 13 have done indigenous space missions—that’s with spacecraft and rockets they designed and built themselves. 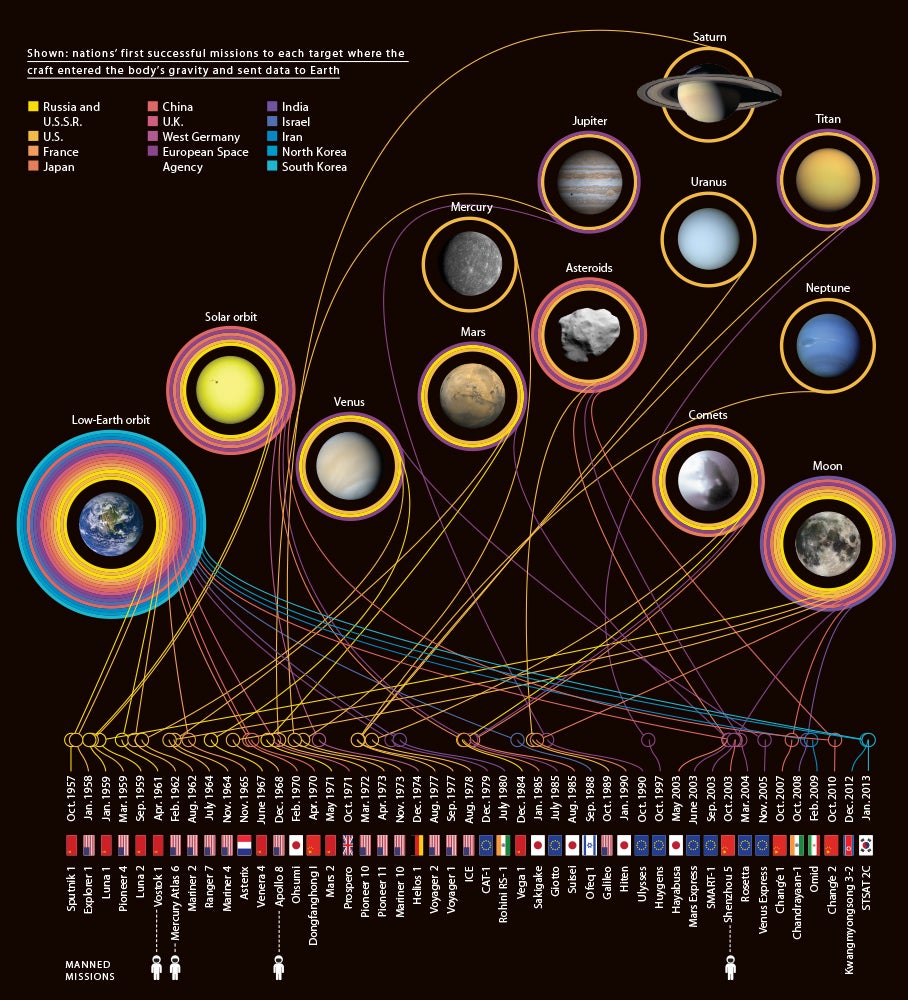 A Catalog of Interplanetary Firsts