If You Can Smell This, You May Not Have Alzheimer’s

A new diagnostic test involves a dollop of peanut butter. 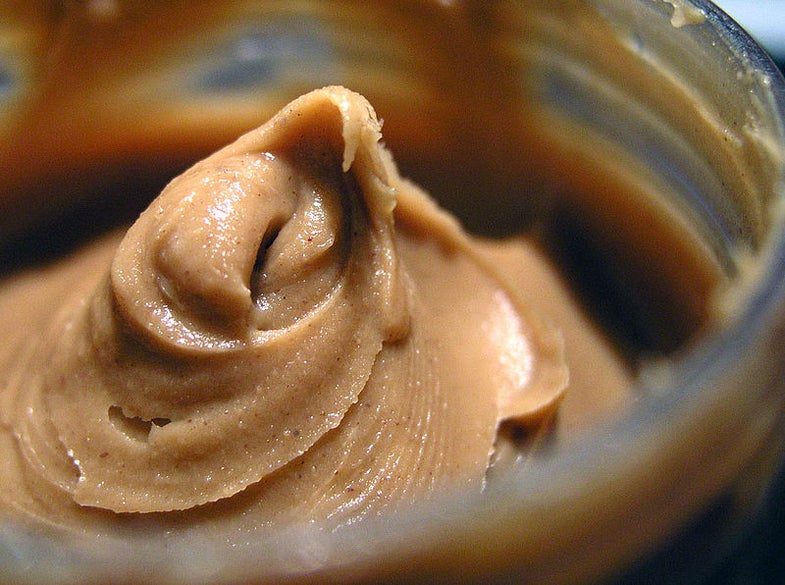 You may not have heard of “the peanut butter test,” but it could become a fantastically low-cost and non-invasive way to test for Alzheimer’s. After all, what’s less invasive than asking someone to smell some delicious peanut butter?

“The ability to smell is associated with the first cranial nerve and is often one of the first things to be affected in cognitive decline,” reads this release from the University of Florida, researchers from which conducted the experiment. But with Alzheimer’s patients, the sense of smell is affected in a very particular way: The left nostril is significantly more impaired than the right. Weird! But true.

The experiment involved capping one nostril and measuring the distance at which the patient could detect about a tablespoon of peanut butter. In Alzheimer’s patients, the left nostril was impaired so thoroughly that, on average, it had 10 centimeters less range than the right, in terms of odor detection. That’s specific to Alzheimer’s patients; neither control patients (those not suffering from cognitive decline) nor those with other types of cognitive impairment (like dementia) demonstrated that nostril difference.

Peanut butter was used because it’s a so-called “pure odorant.” Generally our sense of smell actually incorporates two distinct sensations: the olfactory sense, or smell, as well as a trigeminal sense, which is like a more physical burning or stinging sort of sense. Peanut butter has no trigeminal element; it’s only olfactory, which makes it ideal for testing, as the link to Alzheimer’s is specifically dealing with the olfactory sense.

This could be a great, inexpensive, early warning system for those with Alzheimer’s; the illness is not easy to detect, requiring neurological examination as well as mental, and has to be carried out by a professional. The peanut butter test? Much easier.